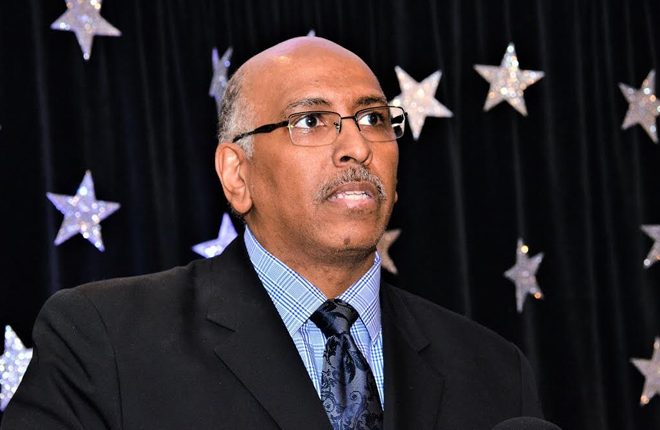 The ultimate challenge of a Trump presidency is to heal the nation of division, says Former RNC Chairman Michael Steele

(SKNIS): Former Chairman of the Republican National Committee (RNC) and Obama critic, Michael Steele, has said that the “ultimate test and challenge of the new president” have to do with healing a nation that President-elect Donald Trump “spent the last 18 months shredding in various ways.”

“The idea that you’re going to draw people apart by somehow hoping to bring them together, I’ve yet to really see that work because when people are drawn apart and away from you, it takes a great deal to heal them back together and that is the pressure that this administration faces going in to its term in two weeks,” said Mr. Steele.

“He (Trump) is as I’ve described him an asymmetrical actor playing in a conventional game. He’s outside the box, and as someone who was chairman outside the box, was not a status quo figure, did not fit in with all the party regulars, I appreciate that, I do appreciate that,” said Mr. Steele, who added his name to a long list of Republican figures who are at loggerheads with Donald Trump when Steele declared at the Mother Jones 40th Anniversary Dinner in October last year that he will neither vote for Republican presidential candidate Donald Trump nor Democrat presidential candidate Hillary Clinton.

“I was damn near puking during the debates,” Mr. Steele is reported to have said.

This time around, as the featured speaker at Prime Minister Dr. the Honourable Timothy Harris’ Annual New Year’s Gala held at the St. Kitts Marriott and Royal Beach Casino on January 07, 2017, Mr. Steele said that despite his and others disappointment with the incoming Trump Administration, they have to remain involved in the process.

“I appreciate the leadership that is bold enough, daring enough, brazen enough, unafraid enough to step into that space and try something different, to push the envelope, to push the status quo, to push the party, to push people, to push a country, in a different direction—but that direction matters,” said Mr. Steele, the author of the book “Right Now: A 12-Step Program For Defeating The Obama Agenda”.

“As you heard from your prime minister tonight, the vision coupled with the effort inspires you to unify around principles and ideas that allow you each to have a hand in the growth of this great community. At least, that’s how it’s supposed to be on paper but the practical reality as we’ve seen in this (American) election is something different—voters, activists, citizens, are in a different space now and it would take and require leaders who appreciate this new space, but most especially to come to its baser intent and moments,” he said.

“That’s the challenge and so as an asymmetrical player, Donald Trump was able to rewrite the rules—changing the rules; the relationship the United States has between itself and its partners around the globe also is changing and will change—and we’ve already begun to see some of these little moments that would be interesting down the road from the phone call with the newly elected President of Taiwan to his remarks just this week about Russia and the hacking to our relationship with Israel,” Mr. Steele added.

He said that all of these Trump ingredients are “being put into a grinder—a political, diplomatic, economic, social grinder, and I have no clue how it’s all gonna taste when it’s done and I think a lot of us don’t.”

However, Mr. Steele, who was the first African American to be elected to statewide office in Maryland, taking office as lieutenant governor in January 2003, said that “ a lot us will be and have to remain involved in this process to make sure that it tastes right and so there are those of us who despite our disappointments with the incoming administration, particularly in the way it addresses certain policies and other issues, sort of plan to be there as guiding force to sort of help and push and shape move things hopefully in a direction that while yes, may upset the apple cart, and I’m okay with that, but you still have to pick up the apples, you still have to brush them off because we need them.”

“And so the reality for the United States and the World right now is that on January 21, 2017, nothing will be the same, sorry, it just won’t and I think in a real way we all kind of understand that,” he said.