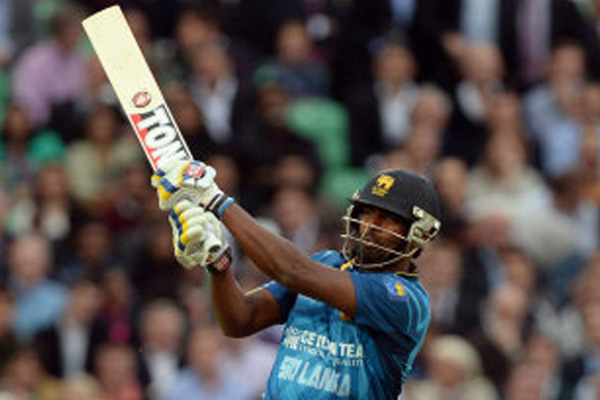 Sports Page — The world champions, Sri Lanka, began their T20 life without Mahela Jayawardene and Kumar Sangakkara by securing a nine-run victory at The Oval as Lasith Malinga’s brilliance at the death ensured Alex Hales, and England, could not repeat the grand chase they managed in Chittagong.

It was Hales’ dismissal to Malinga in the 17th over by a smart slower ball which made Sri Lanka strong favourites, but with Ravi Bopara in the middle and the equation down to 28 off 12 balls it was far from impossible. Then, however, Malinga produced a pinpoint penultimate over which cost just four runs (in comparison to the equivalent in Sri Lanka’s innings which cost 22) and provided the less-assured Suranga Lakmal with some breathing space. Malinga may not always appear the most involved of captains – occasionally putting himself at long-off – but knew he had his individual skills up his sleeve.

The key innings came from Thisara Perera who bludgeoned 49 off 20 deliveries having been dropped on 20 by Michael Carberry at cover. Six of Perera’s next eight deliveries went to the boundary, which included him taking 22 off the 19th over, bowled by Chris Jordan, who had been on the receiving end of Carberry’s error

Thisara was prevented from reaching a half-century by some quick thinking from Harry Gurney, who was alert enough to remove a stump from the ground to complete a run-out off the final ball of the innings after Thisara’s straight drive at demolished the timber. However, his late surge made the difference between Sri Lanka’s eventual total of 183 and one perhaps 15 runs lower.