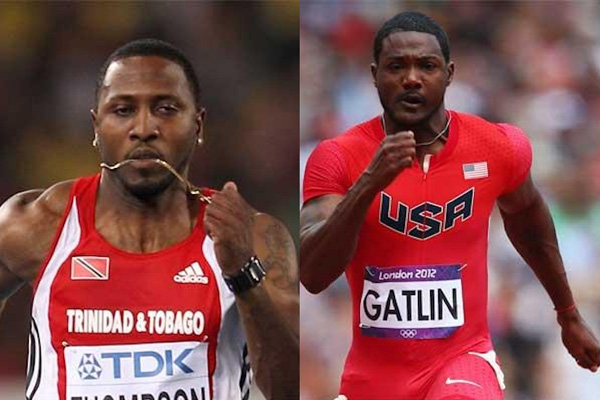 The Olympic medallist, who has been in incredible form this season, dismissed challenges from defending champion Keston Bledman who was second in ten seconds flat, and former World junior champion Darrel Brown who was third in 10.05 seconds.

Marc Burns was fourth in 10.21 while Rondel Sorrillo finished fifth in 10.23.

The previous national record of 9.85 seconds was set by Thompson three years ago.

Thompson told the Trinidad Express newspaper the national record had not been his focus entering the race.

“I’m thrilled with the performance. I didn’t come in chasing any time. The national record was the furthest thing from my mind,” said the 29-year-old who as good enough to land bronze in the 100 metres at the Beijing Olympics six years ago.

“I knew I had a quality field to deal with, people like Rondel Sorrillo, Darrel Brown, Keston Bledman, Marc Burns, the usual suspects.”

Thompson’s time reiterated his form this season. Earlier this month, he clocked 9.95 seconds at the IAAF World Challenge Meeting in Hengelo and then followed up with victory in the Diamond League, speeding to 10.02 seconds at the Bislett Games in Norway.

Late last month, Thompson clocked 9.74 seconds to win at the National Training Centre/Pure Athletics Last Chance Meet, in Florida. The time, however, was not ratified because the wind was above the legal limit.

Thompson’s time on Saturday eclipsed the previous world-leading mark of 9.86 set by in-form American Justin Gatlin in Ostrava last than a week ago.

Michelle-Lee Ahye, meanwhile, just missed out on the national record in the corresponding women’s event as she clocked a world-leading 10.85 seconds in the semi-finals, before going on to win the final at the Hasely Crawford Stadium.

The 22-year-old Ahye’s previous personal best was 11.04 seconds but she easily eclipsed that time while also coming close to breaking Kelly-Ann Baptiste’s national record of 10.83 seconds.

In the men’s 400 metres, Renny Quow narrowly defeated Olympic bronze medallist Lalonde Gordon in a photo finish, with both runners stopping the clock at 45.08 seconds.