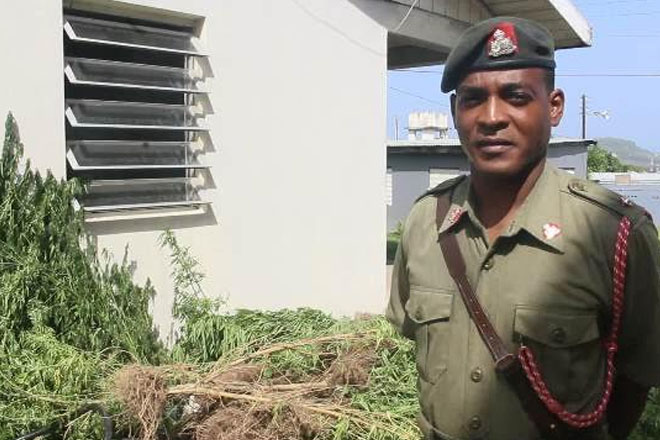 (ZIZ News) – Local security forces were busy on Friday as they seized truck loads of marijuana plants during a joint operation in several rural communities.

About 30 thousand marijuana plants were discovered during the operation.

Acting Officer in Command of Alpha Company at the St. Kitts And Nevis Defence Force, Lieutenant Jahmald Audain, told ZIZ News that the illegal drugs were found in the Cayon and Conaree areas.

He said three units jointly carried out the operation.

“We conducted a joint operation with Customs and Ross University Security Law Enforcement. We conducted raids in Cayon; Upper and Lower Cayon AREAS; and at Conaree dump site,” he said.

Lieutenant Audain said the plants ranged from three to six feet in height.

We are told that water hoses and pots were also seized during the operation as they were identified as tools used for the cultivation of the illegal drugs.