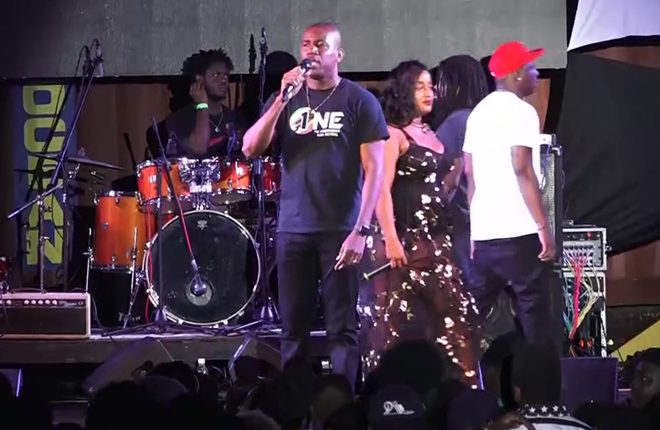 Thousands of residents and citizens turned out in their numbers at the Independence Flag Festival concert on Sunday September 16.

The concert saw performances by a variety of local and regional artists throughout the night including, Zu, Nicha B, Dejour, Infamous, Byron Messia, Rucas H.E., AkaiiUSweet & Mr. Bagnall.

A highlight of the evening was the energetic performance given by Antiguan soca group Onyan Effek.

During the concert, deputy Prime Minister, the Hon. Shawn Richards who is also head of the Independence committee used the opportunity to thank the audience for showing their support.

The crowd was then treated to a surprise display of fireworks. St. Kitts and Nevis’ 35th Independence celebrations are being held under the theme, “Love, Service, Patriotism and Pride, Independence 35.”