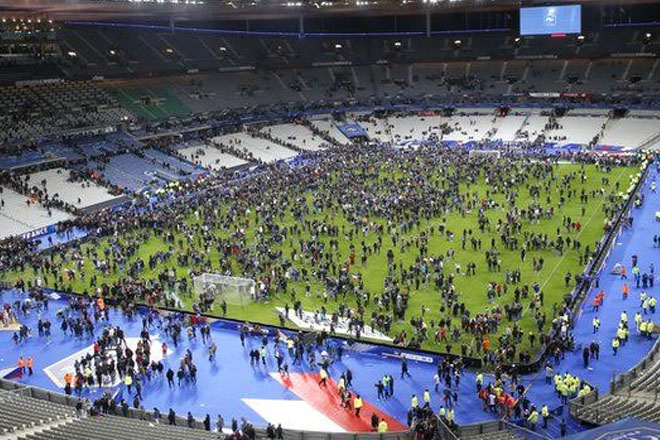 Three people were killed in an attack during France’s match against Germany at the Stade de France, with some reports suggesting a suicide blast.

At least 100 people are reported to have died in multiple shootings and explosions across the French capital.

With fans unable to leave the Stade de France, many came onto the pitch as news emerged of events outside.