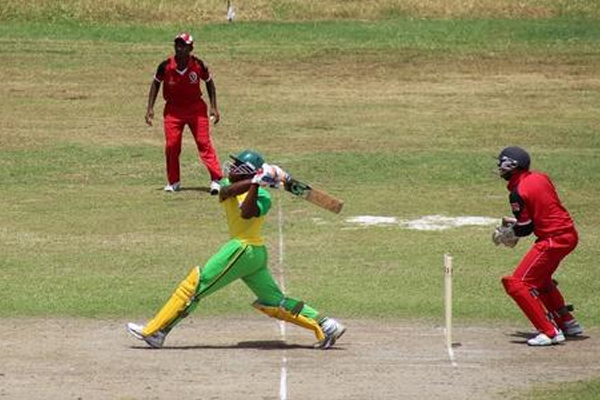 Grenville, Grenada, CMC — Tamim Iqbal and Mahmudullah warmed up for the higher intensity battles with West Indies, when they set the Bangladeshis up for a 95-run victory over Grenada with purposeful batting in a 50 overs-a-side tour match on Sunday.

Opener Tamim hit the top score of 91 and all-rounder Mahmudullah supported with 78, as the Bangladeshis posted 322 for six from their allocation of 50 overs in the match at Progress Park about half-hour’s drive outside of the Grenada capital of St. George’s.

Keone George led the way for the Grenadians with 62, but the Bangladeshis’ experienced attack, led by former captain Mashrafe Mortaza, restricted them to 227 for nine in their 50 overs.

The Bangladeshis stumbled to 66 for two in the 15th over, after an opening of 56 between Tamim and Anamul Haque.

But Tamim dominated a third-wicket stand of 88 with Shamsur Rahman and looked set for a confidence-boosting hundred before he was bowled by Josh Thomas in the 29th over, following an 86-ball innings that contained 12 fours and two sixes.

The Bangladeshis slipped to 171 for four when Shamsur fell to Preston McSween in the 33rd over, but Mahmudullah found his captain Mushfiqur Rahim and Nasir Hossain stable allies and they punished the Grenadian attack in the remaining overs.

Mahmudullah, whose 61-ball knock included seven fours and three sixes, added 50 for the fifth wicket with Mushfiqur and 101 from the final 50 deliveries with Nasir before he fell to Nelon Pascal from the final ball of the innings.

Mushfiqur made 44 and Nasir made 22; Thomas and Pascal were the most successful bowlers for Grenada with two scalps apiece.

The Spice Islanders knew they were going to struggle, when discarded West Indies batsman Devon Smith, their most experienced player, was bowled by off-spinner Sohag Gazi for four in the second over.

But George came to the crease and gave the innings backbone, striking six fours and one six from 89 balls, and shared a 64-run, fourth-wicket stand with Ronald Etienne.

A handful of the other Grenada batsmen got starts without carrying on – Etienne scored 31, team captain Andre Fletcher, the West Indies limited-overs player, added 29 and Heron Campbell got 23.

The first One-day International of the Dhaka Bank Cup Series between West Indies and Bangladesh takes place on Wednesday at the National Cricket Stadium in St. George’s.