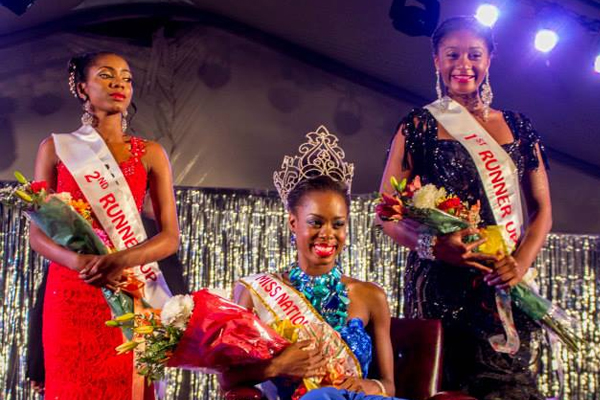 The large crowd at the Sugar Mill erupted into cheers and applause in the wee hours of Monday morning, as Miss Tishima Browne was announced queen.

Browne outclassed and outperformed the other four contestants on her way to capture the coveted title.

She amassed a total of 721.5 points while also copping the Best Performing Talent and Best Interview Awards.

Miss Carib Brewery, Akiesha Fergus captured the first runner up position with a total of 676 points. The judges also decided that she had the Best National Pride Wear.

Winning four segments didn’t guarantee Miss LIME, Jackiema Flemming the crown, as she settled for the second runner up spot.

She won the Best Swimwear, Best Evening Wear, the Chairman’s and the Miss Photogenic awards.

Miss Development Bank, Shaneil Francis walked away with the People’s Choice and the Miss Amity awards. The other contestant was Miss ZIZ Zaeisha Joseph.