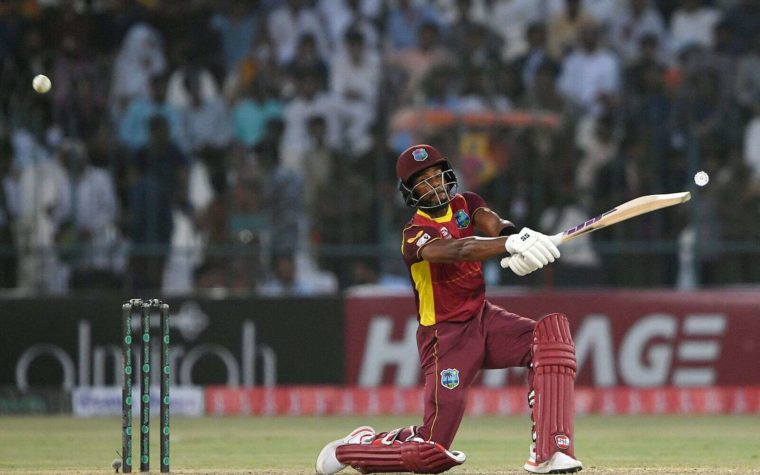 The 28-year-old Barbadian knocked 134-ball 127 for his 12th one-day international century after West Indies won the toss and opted to bat on a flat Multan stadium pitch.

Hope, who cracked 15 boundaries and a six, added an innings-building 154 with Shamarh Brooks after the visitor lost opener Kyle Mayers for three in the third over, caught and bowled by pacer Shaheen Shah Afridi.

Fast bowler Haris Rauf, best of home bowlers with 4-77, ended Hope’s knock when he bowled him with a slower delivery in the 44th over.

The scorching Multan heat — with temperatures soaring to between 40 to 42 degrees Celsius (104 to 107 degrees Fahrenheit — did not stop Hope and Brooks, who both batted with guts and power.

He is the 11th West Indies batsman to reach the milestone in ODI cricket.

It was a brilliant one-handed diving catch by Shadab Khan off Mohammad Nawaz at the short third man that dismissed Brooks, but only after he helped Hope in recovery.

The three-match series is part of the World Cup Super League, a qualification round for the 2023 World Cup.