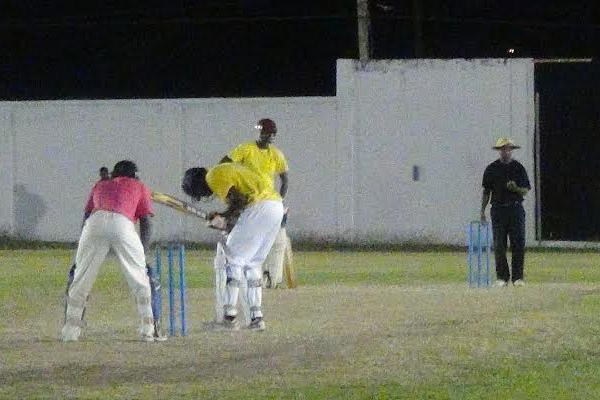 Tonito Willet warms up for the CPL with Grand Ton

(Sports Page)- Tonito Willet who will be turning out for the ZOUKS in this year’s edition of the Caribbean Premier league, warmed up with an impressive ton on Saturday 24th June.,

This as the semi finals in the inaugural Nevis Premier league were played at the ET Willet Park.

Willet dominated the first encounter as his team, the Bath Hotel Blazers, blazed their way to an impressive 184 for 4 from their allotted 20 overs. The team at the receiving end was the Big Rock team.

Willet was not out at the end with 131 which included 17 fours and 2 maximums.

Big Rock in response, had their most impressive total of the series so far, but 139 for 8, was just not enough.

Bath Blazers won by 45 runs and qualified for the finals.

In the second match of the day, Saddle Hill Rangers prevailed over a determined Oualie Pelicans team.

Saddle Hill Rangers batted first and scored an impressive 160 all out in 20 overs. Carlon Smithen smashed 81 which included 6 fours and 6 maximums.

Oualie Pelicans in response threatened briefly on the back of an aggressive half century by the other Willet, this time Akito who hit 3 fours and 3 maximums before he was caught in the deep. However, it was not enough.

The finals will now be played on Sunday 1st June at the ET Willet Park at 4.30 pm between the Bath Hotel Blazers and the Saddle Hill Rangers.

However, the action on that day will commence at 1.30 pm when the match to determine the third placed team, will be played between Oualie Pelicans and Big Rock.

The general public is cordially invited to witness the two very exciting games.