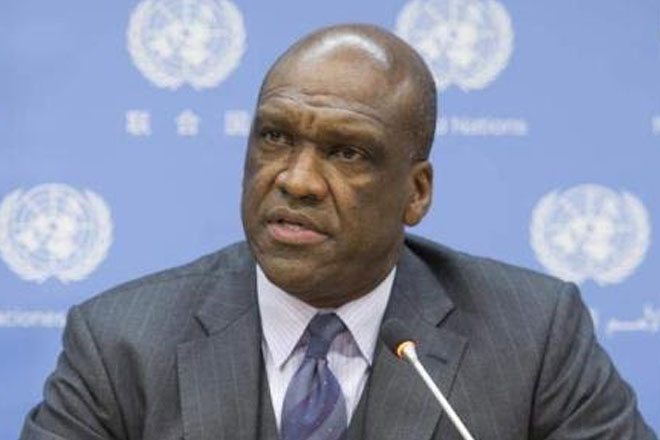 New York, USA — Top United Nations officials said on Tuesday that they are “shocked” and “deeply troubled” to learn about the “very serious allegations” announced that morning by United States’ federal prosecutors against John Ashe, a former president of the UN General Assembly.

Prior to his appointment as leader of the 68th session of the General Assembly in September 2013, John Ashe had been Antigua and Barbuda’s permanent representative to the United Nations. He was arrested earlier on Tuesday in New York.

Speaking at the regular UN briefing to news correspondents, the spokesperson of the UN secretary-general, Stéphane Dujarric, said these allegations “go to the heart of the integrity of the United Nations.”

Asked about whether the UN was involved in the United States attorney’s investigation, Dujarric said the UN was not informed of the case until it was featured in the press.

“Obviously, if we’re contacted by the relevant US authorities we will cooperate with them,” he added.

Meanwhile, the current president of the General Assembly’s 70th session and former speaker of the Danish Parliament, Mogens Lykketoft, held a press conference on Tuesday, during which he underlined that he can only echo the UN spokesperson.

“Coming from a country which is consistently number one on the world transparency index and having served for 34 years in Danish politics without being rich, I certainly am shocked about it and I think that the United Nations and its representatives should be held to the highest standards of transparency and ethics,” Lykketoft told reporters.

He added that when he took office as the president of the UN General Assembly on 15 September, he committed himself to uphold these principles during his tenure, as “corruption has no place at the United Nations or anywhere else.”