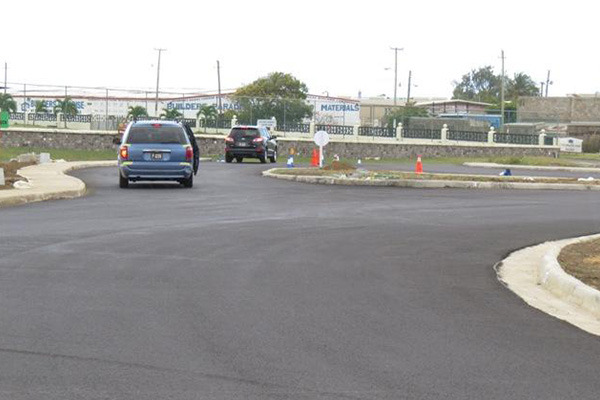 Traffic restrictions on the road near the Kim Collins Highway

Acting Inspector at the Traffic Department, Mr. Carl Caines in an advisory on Sunday said that vehicles travelling from Frigate Bay will not be permitted to pass Frisco Gas Station to enter Basseterre.

He said traffic from Frigate Bay will have to enter via Bird Rock Road or the Kim Collins Highway.

Vehicles travelling from Basseterre on the Frigate Bay Road will be permitted to passed Frisco Gas Station.

He said the advisory is as a result of road works which will continue in the vicinity of the Frisco Gas Station, “therefore only one lane of traffic will be permitted to travel on that road throughout the duration of the work.”

“Motorists are asked to observed flagmen and the signs that will be in place,” said Mr. Caines.

He said the restriction will take effect from Monday 3rd March 2014 and will be in force until further notice.

“The Traffic Department appeals to all motorists to drive with due care and attention at all times,” said the senior police officer.