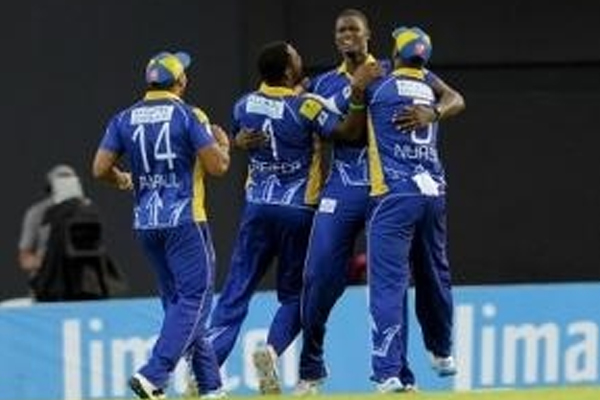 Basseterre, St. Kitts (CUOPM) – The Organisers of the 2014 Limacol Caribbean Premier League T20 have found there is no ground for the protest by the Guyana Amazon Warriors over the result in the finals of the CPL and will not alter the decision which awarded the match to the Barbados Tridents.

The CPL in a statement said “having received and considered the formal complaint made to it by the Franchise Owners of the Guyana Amazon Warriors with regard to the outcome of the finals played on Saturday 16th August at Warner Park in St. Kitts referred the Match Report to the Cricket Tournament Committee (CTC) for its decision.

The CTC has carefully considered the report of the Match Referee and the arguments raised by the Guyana Amazon Warriors in their several written representations and has now completed its review.
The CTC findings are as follows:

The Match Referee properly applied the rules regarding the time allotted for the Match.

Chairman of the CTC, Most Honourable Mr. PJ Patterson, comments; Having carefully considered the report of the Match Referee and the arguments raised by the Guyana Amazon Warriors the CTC has concluded that there are no grounds for the result of the final to be reversed or nullified.

He concludes; The CPL has succeeded in reinvigorating the passion for cricket across the region and has in two short years established its own distinctive brand and earned exciting market appeal. Nothing must be done to impair its image or erode its credibility.

The Caribbean Premier League management would like to take this opportunity to express its sincere thanks to everyone involved in the CPL; players, event teams, team owners, sponsors, host countries and above all the fans for their amazing support. The CPL is a fantastic tournament which showcases the very best that the Caribbean has to offer on the world stage and each and every member of the CPL family is proud to be a part of it.