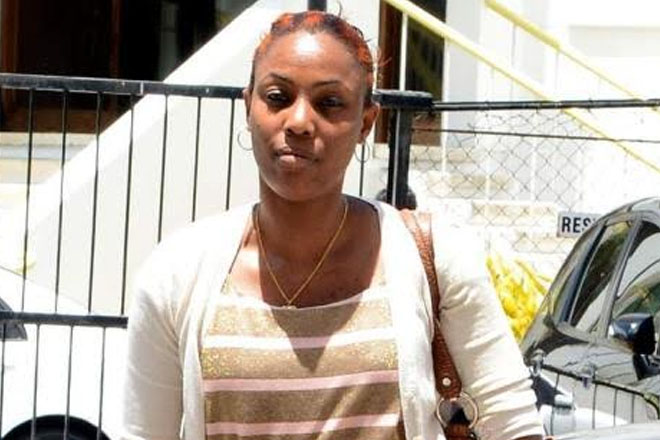 Port of Spain, Trinidad — An “investigative reporter” at the Trinidad Express, Anika Gumbs, resigned on Friday, citing “mental scarring and trauma” following an “unfortunate experience” some four months ago during an interview with opposition leader Dr Keith Rowley at his residence, when, she alleged, he made sexually suggestive remarks to her.

In a letter to Express editor in chief Omatie Lyder, Gumbs said her decision to resign was not an easy task.

“However, in upholding the highest standards of journalism and to avoid the Express Newspaper from being brought into disrepute, I have opted to sever all ties with the company,” she wrote.

According to the Trinidad Guardian, insiders at the Express said that they could not understand how Gumbs linked Rowley’s alleged behaviour and the integrity of the paper, as one had nothing to do with the other.

Other local observers have questioned how much further into disrepute the Express could be brought in any event, given its recent blatant political bias in its reporting in favour of Rowley’s People’s National Movement (PNM), stemming in part from an alleged lack of journalistic integrity on the part of Gumbs herself.

Questions have also been raised concerning the timing of Gumbs’ allegations and resignation – four months after the last in what she described as a series of similar incidents and just one month to the day before general elections are due to be held in Trinidad and Tobago on September 7th.

This latest development also comes on the heels of a controversial negative political campaign by the United National Congress (UNC) targeting Rowley personally.

In attempting to explain the delay in reporting the alleged incidents, Gumbs said, “At the time I thought it would have been in my best interest not to do so.”

In the meantime, Rowley is no stranger to allegations of inappropriate conduct of a sexual nature, including being photographed up close and personal with a barely-clad buxom 17-year-old student at this year’s carnival in Trinidad.

Equally, Gumbs is no stranger to controversy involving precipitate departures from local newspapers and, further, she has been publicly linked to a company that received a questionable contract from the current People’s Partnership coalition government.

In fact, in what could be considered a case of the Warner pot calling the Gumbs kettle black, corruption-accused Jack Warner, in his “Sunshine” newspaper of May 9, 2014, reported:

“A few days after Express investigative reporter Anika Gumbs-Sandiford walked out the Trinidad Guardian (July 10, 2013), her company, Paramount Cleaning Contractors Company Ltd, secured two contracts valued close to $1 million under the Unemployment Relief Programme (URP) projects for agriculture… Since Paramount Cleaning Contactors Company Ltd did not have the necessary professional skills and resources (not a fork, not a hoe nor even a shovel) it had to sub-contract the job.”

However, PNM public relations officer Faris Al-Rawi avoided saying directly that Gumbs was paid to make her accusations against Rowley.

“Well, no doubt that is a very real consideration. You have raised something which I have alluded to by way of information which we have; the existence of government contracts is a serious thing. How much one is paid for government contracts, how they are procured, how well-heeled you are, how you afford the lifestyle that you live are very real considerations for Trinidad and Tobago,” he told the Guardian, which has also been accused of blatant pro-PNM bias.

“Dr Keith Rowley’s suggestions that the UNC is responsible or has any involvement in a story published in Saturday’s Express entitled ‘Gumbs resigns: ‘unfortunate experience’ with Rowley’ is completely baseless and the UNC refutes these accusations in the strongest possible terms.”