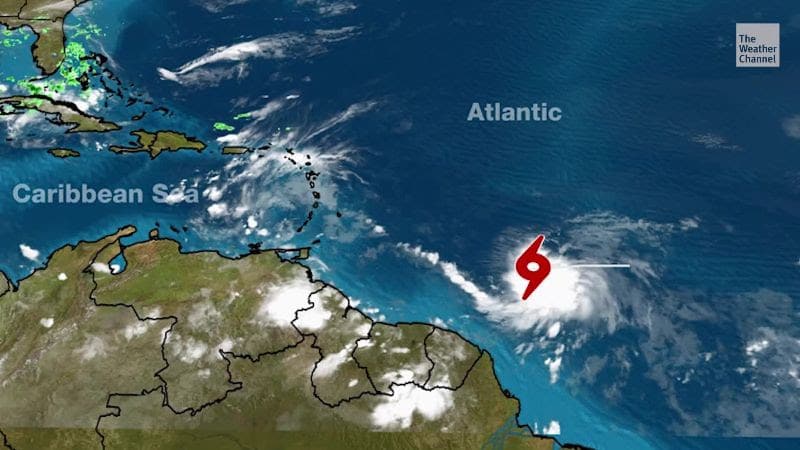 Tropical Storm Elsa Forms In The Atlantic Ocean; Another System Being Monitored

Basseterre, St. Kitts, July 01, 2021 (SKNIS): Tropical Storm Elsa has formed in the Atlantic while another system is being monitored.

A Tropical Storm Warning means that tropical storm conditions are expected somewhere within the warning area within 36 hours.

National Disaster Coordinator Abdias Samuel, announced during the virtual forum series ‘Leadership Matters’ on June 29, that two tropical waves had been identified in the Atlantic Ocean named Invest 95L and Invest 97L and were being monitored.

He continued, “Invest 95 could bring heavy rainfall to parts of the Lesser Antilles within the next few days, however, please note that the chance of this forming into a storm is 20 to 30 percent.”

He said that due to the nature of the tropical wave, there could be minimal impact to the Federation as it will be passing south of the islands.

The National Disaster Coordinator said, however, that “weather is dynamic and things may change from hour to hour.” He is advising citizens and residents to be prepared.

“The second system identified as Invest 97 is a tropical wave located 900 miles southwest of the Cape Verde Islands and it continues to show signs of organisation, however, the system may develop within the next few days as it travels west-northwest at 20 miles per hour,” Mr. Samuel said.

“The chance for its formation is approximately 20 to 40 percent within the next five days,” he said.

Prime Minister Drew Continues to Receive Congratulatory Messages From Across the…