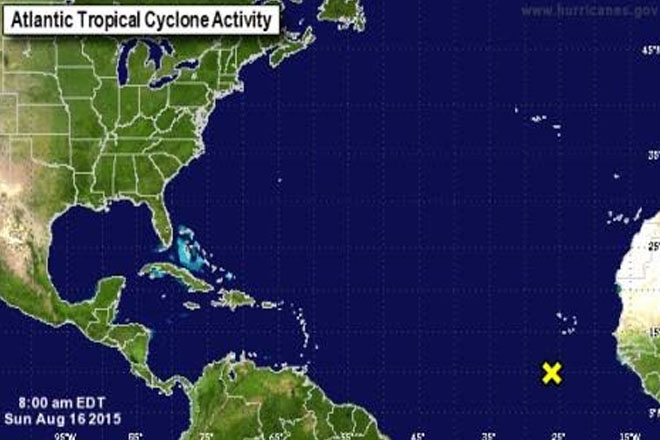 Miami, USA — A tropical wave accompanied by a surface low pressure system is producing a concentrated area of disturbed weather a few hundred miles south-southwest of the Cape Verde Islands as it moves westward towards the Caribbean at around 15 mph.

According to the National Hurricane Center in Miami, conditions are expected to be somewhat conducive for gradual development of this disturbance over the next several days, with the chances of formation of a tropical cyclone put at low (30 percent) through 48 hours and medium (40 percent) over the next five days.

The 2015 Atlantic hurricane season has thus far been quiet but the lack of rainfall generally brought by tropical storms and similar disturbances has largely contributed to the widespread drought conditions currently being experienced in the region from Puerto Rico in the north through the Eastern Caribbean down to Trinidad in the south.