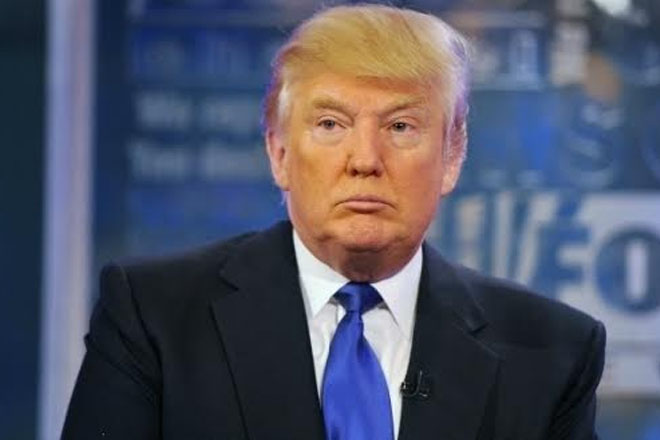 Washington, United States (AFP ) — Republican US presidential front runner Donald Trump has said that he would send thousands of Syrian refugees back to their home country if he is elected in 2016.

Trump argued that Syrians coming into the US may include members of the Islamic State group, also known as ISIS or ISIL. He also said Syrians should be “fighting for their country” rather than leaving.

His tough talk stands in stark contrast to a large outpouring of assistance, refuge and sympathy by many countries in Europe for Syrians fleeing the nation’s brutal civil war.

It is Europe’s worst migration crisis since World War II.

Trump’s remarks to CNN on Wednesday came just hours after Russian warplanes began air raids in Syria. It was Russia’s first military engagement outside the former Soviet Union since the 1979 occupation of Afghanistan.

“Look, if Russia wants to go in there, would have been nice if we went in as a unified front, to be honest,” Trump said.

He warned of a “big migration” of 200,000 people into the United States as a result of the conflict.

It was not immediately clear where he got the figure of 200,000. The US government has pledged to take in at least 10,000 Syrian refugees over the coming year.

“We have no idea who they are, no idea where they come from. I’m just telling you right now, they may come in through the weakness of (President Barack) Obama, but they’re going out if I become president.

“Why aren’t they fighting for their country?” he asked.

Trump has made immigration a key issue headed into next year’s presidential elections, from his perch at the top of the Republican field.

When he announced his candidacy in June, Trump said Mexico is sending rapists and other criminals across the border into the United States, and he proposed building a wall along the frontier.

The comment infuriated the large Latino community in the United States, whose support is key to win the election.

Trump’s latest remarks on Syria also seem to contradict his own past comments, when he suggested earlier this month that the United States should in fact let in Syrian refugees for humanitarian reasons.

Washington and its allies blame President Bashar al-Assad for the mayhem in Syria, where four years of bloodshed have killed more than 240,000 people, and fueled the massive outflow of desperate refugees.

Russia argues, however, that the West should support Assad in his fight against jihadists.