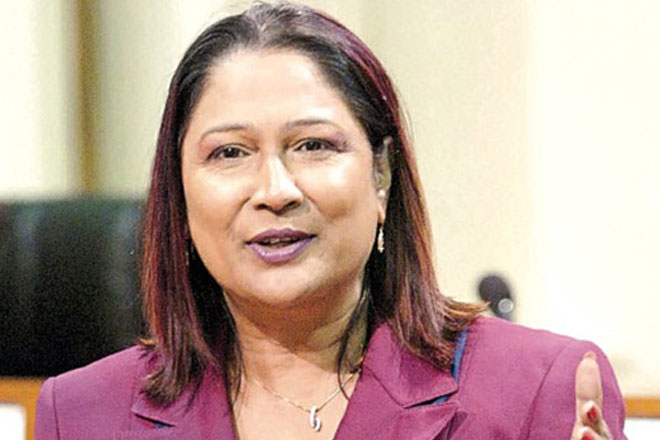 The biggest challenge facing the TTDC at this time for “The Leaders’ Debate” lies in finding a moderator who is agreeable to all, Kumar said. The moderator must be seen as one who is impartial and knowledgeable and both parties must agree to the person chosen, she added.

The Commission is also set to meet with representatives of both candidates to agree on the rules of the event, Kumar said.

Persad-Bissessar is bidding to retain the Prime Ministership after the next general elections, due this year, while Rowley is vying for the opportunity to sit in the chair for the first time.

“As you know they have both already said that, yes, they would debate,” Kumar said.

An attempt in 2013 to set up a face-off between the pair failed to materialise when Persad-Bissessar announced her decision to allow leader of the Congress of the People (COP), Prakash Ramadhar, to represent the People’s Partnership coalition against Rowley.

Rowley then withdrew his participation, saying that as Leader of the Opposition he expected to face no less an officer than the leader of government, Persad-Bissessar.

The latest ministrations of the Commission have seen Rowley again giving his consent to a debate but his handlers in the People’s National Movement (PNM), of which he is the leader, have made it clear that he will not entertain anyone but the Prime Minister.

In 2010, the proverbial shoe was somewhat on the other foot, when then prime minister Patrick Manning refused to enter into a public debate with Persad-Bissessar, then a prospector for the Office of the Prime Minister.