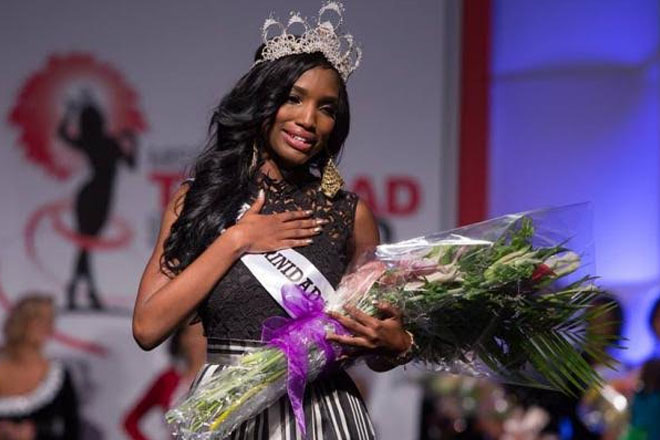 (TRINIDAD EXPRESS) – Trinidad and Tobago will not be participating in the 2015 edition of the Miss Universe Pageant, a statement from the Facebook page of the local franchise holder said yesterday.

The statement said the decision follows discussions between the International Miss Universe Organization and local franchise holders and was based on several factors.

“Following the public utterances by the former owner of Miss Universe Donald Trump (that many viewed as insensitive and very offensive to the Mexican and Latin community) there were calls from several quarters for Trinidad and Tobago to not participate in the next edition of the competition,” the statement said.

“The fall-out from the statement has had major implications for the international competition that has seen it lose its television network partner, NBC, and several of its long-standing sponsors dropped their support from the pageant,” it added.

“Locally, the franchise holders also saw several of their sponsors preferring to defer commitment until that situation was resolved and, additionally, that the intense campaigning of the 2015 general election in Trinidad would have severely affected the reach and impact of the local competition. Therefore, the decision was made to delay the selection of a representative until the conclusion of the general election and the resolution of the issues.”

The statement noted that Trump had severed ties on September 14 with the international pageant and the Miss Universe Organization was sold to International Entertainment and Sports Management Conglomerate WME/IMG.

However, it was only last week that the new management confirmed that the pageant will take place on December 20, at a venue still to be determined, and had given a mandate of November 15 as the deadline for selecting and crowning a representative.