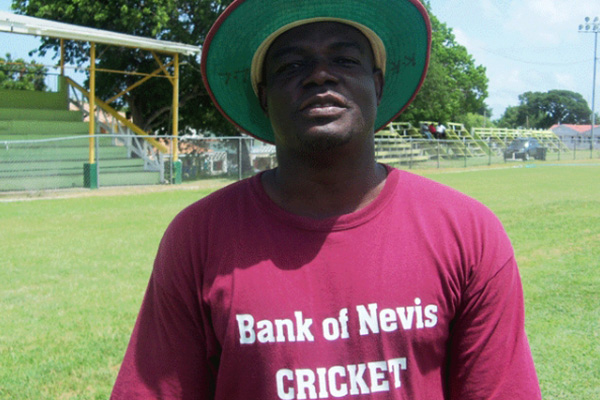 Tuckett, who is part of the coordinating committee which is planning the tournament from the Department of Sports on Nevis, thanked the Development Bank of St.Kitts and Nevis for sponsoring the tournament to the tune of $5,000.00.

He referred to a previous tournament which was coordinated by then Minister of Sports, Hon Hensley Daniel and noted that even though that tournament was exciting, it was played with the natural tennis balls but for this tournament, players will be able to play more authentic cricket shots, as the balls will be taped and therefore come off the pitch a lot faster and carry a longer distance when struck properly.

‘I am looking forward to a couple of specific match ups.  The match between Nurses and the Guyanese team GT UNITED should attract a bumper crowd.  The Empire versus Pennyless All Stars team in the male division should be the usual keen contest and Butler versus Highlights in the female category…’

He urged the cricket lovers on the island to come out to the games as he pointed out:  ‘You are in for a lot of fun and excitement.’

Tuckett will be one of the officiating umpires in the upcoming tournament which bowls off today Thursday 28th November at the ET Willet Park at 5 pm.