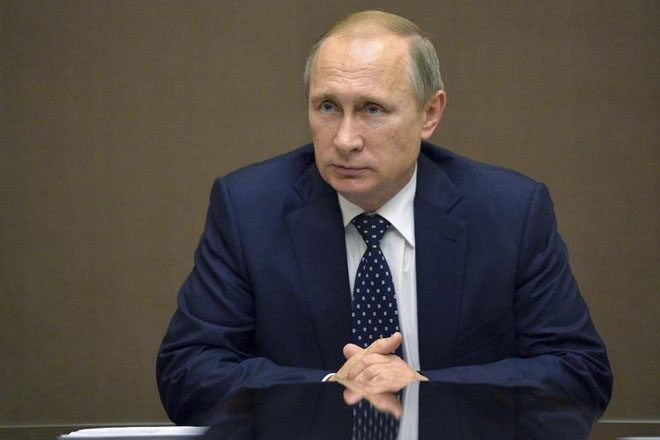 Turkey downing of Russia jet ‘stab in the back’ – Putin

(BBC) Russian President Vladimir Putin has bitterly condemned the downing of a Russian jet on the Turkey-Syria border.

He described it as a “stab in the back” committed by “accomplices of terrorists”.

Turkey says its jets shot at the plane after warning that it was violating Turkish airspace. But Moscow says it never strayed from Syrian airspace.

Nato is holding an extraordinary meeting to discuss the incident at Turkey’s request.

Its Secretary-General, Jens Stoltenberg, has said allied assessment of the incident shows that the Russia warplane did fly into Turkish airspace.