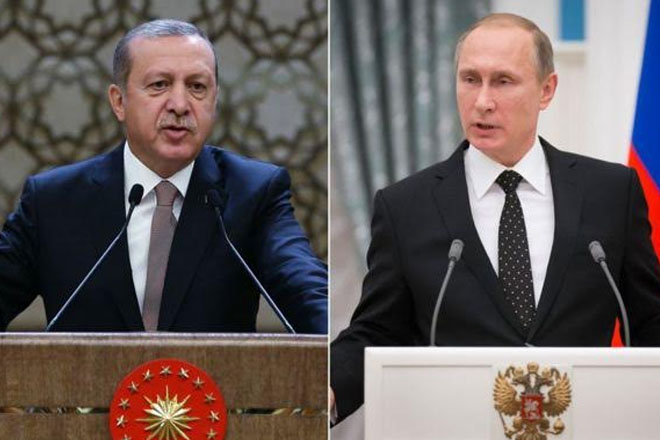 Turkey warns Russia not to ‘play with fire’ over downed jet

(BBC) Turkish President Recep Tayyip Erdogan has warned Russia’s President Vladimir Putin not to “play with fire” over his country’s downing of a Russian jet.

Mr Erdogan also said he wanted to meet Mr Putin “face-to-face” at climate talks in Paris to resolve the issue.

Mr Putin wants an apology from Turkey before he will speak to Mr Erdogan, the Russian president’s aide said.

Russia has suspended its visa-free arrangement with Turkey in the latest of a range of retaliatory measures.

Turkey says the Russian warplane was in its airspace when the decision was taken to shoot it down on Tuesday – Russia insists the plane was flying over Syria at the time.

Tensions have been heightened by the fact that the two countries are pursuing different aims in Syria.

Russia has been carrying out air strikes against opponents of President Bashar al-Assad since late September, while Turkey, which is a member of a US-led coalition, insists Mr Assad must step down before any political solution to the crisis is found.

However, all are united in trying to rid the region of the so-called Islamic State (IS), also known as Daesh.