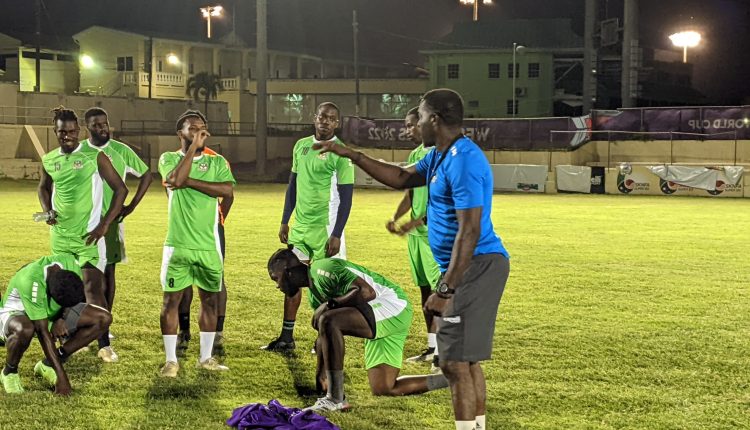 Basseterre, St. Kitts, March 17, 2022 (SKNFA) — A 20-man Senior Men’s National team squad has been selected for the upcoming international friendly against Andorra on March 25th in Andorra. The Sugar Boys have been preparing intensely for this encounter, and according to Coach Austin Dico Huggins, with the squad selected, the preparation will be even more focused than before. He said the emphasis of this squad will be strong on defense.

“We wanna ensure that we are strong defensively because if you can score two goals and can’t defend two goals then, you will lose, so most of our tactics right now is geared towards being more strong defensively; getting the midfield and the defensive line organised, so that they can move together as a team; also, getting the strikers to work harder [and] preventing the opponents from coming forward, more so the defenders, so that everyone can play their role in defence,” Huggins said.