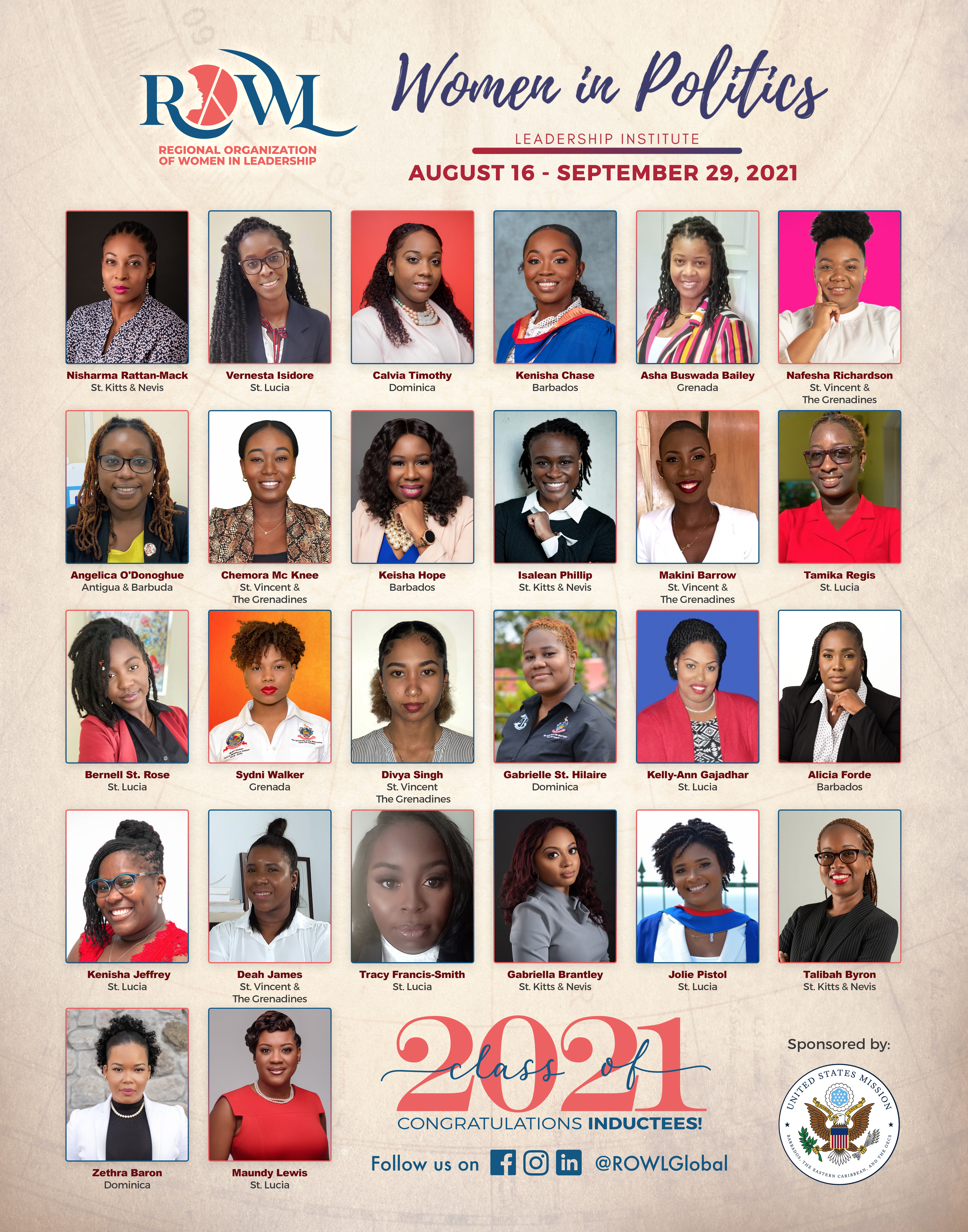 BASSETERRE, St. Kitts, October 28, 2021 (ROWL) — The Regional Organization of Women in Leadership supported by the US Embassy Bridgetown Barbados held its closing graduation ceremony for the second cohort of the Women in Politics Leadership Institute.

Twenty-six young women across the OECS and Barbados graduated from the program which was designed to encourage young women in the Eastern Caribbean to increase their civic participation, engender personal development, community activism and greater involvement in politics.

The graduation was held virtually and included remarks from US Ambassador to the OECS and Barbados Lia Taglialatela. Ambassador Taglialatela congratulated the young women on their achievement and encouraged the graduands to remain committed to their purpose, be bold, be brave, and ready to lead throughout the region. The ceremony also featured remarks from Project Coordinator of ROWL Ms. Desi Brown who expressed elation on the success of the program and commended the participants for acquainting themselves well in the program. The graduands also shared remarks on their life-changing experience.

Over the six-week period, the participants were introduced to key themes including: