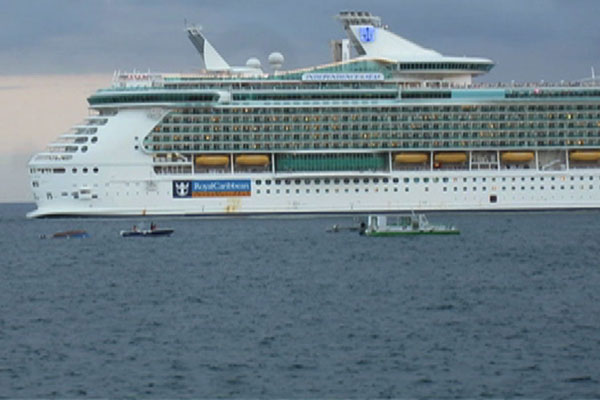 Two die in accident at sea

(ZIZ News) … What started as a routine activity at Port Zante ended up in tragedy as two men have reportedly drowned while on the job.

According to reports Maxwell Browne and Rudolph Dowell were on a vessel releasing the mooring cables attached to the cruise ship “Independence of the Seas” as it prepared for departure.

ZIZ understands that after the rear cables were released and the cruise ship started to move, the boat carrying the two men capsized.

Port officials and divers were on the scene searching for over an hour and a half before their bodies were recovered.

Friends and relatives wailed in despair.

The police, crime scene technicians and medical officials were on the scene well after sundown.

Police Public Relations Officer Inspector Lyndon David said he couldn’t give many details about what happened as they and the St. Christopher Air and Seaport Authority are still conducting their investigations.