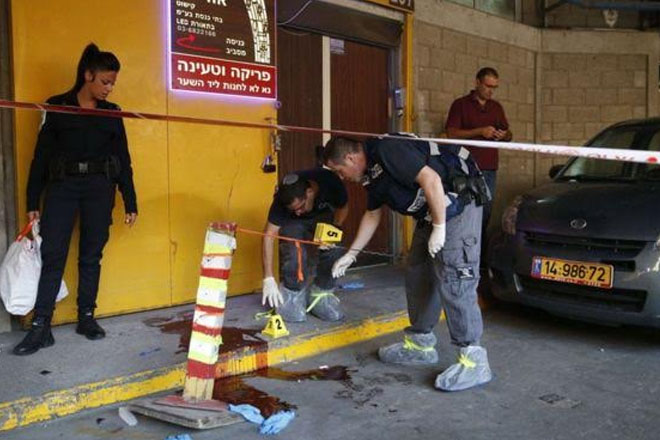 (BBC) Two Israelis have been killed and one other wounded in a knife attack by a Palestinian man in the Israeli city of Tel Aviv, Israeli police say.

Witnesses said the stabbings happened at the entrance to a shop in the south of the city that serves as a synagogue, while a prayer service took place.

The assailant was held by passers-by until police arrived.

A wave of violence over the past two months has claimed the lives of 14 Israelis and dozens of Palestinians.

Many of the Palestinian fatalities were attackers in near-daily stabbings of Israelis, shot by their victims or security forces. Others have been killed in clashes with troops in the occupied West Bank or in cross-border violence in Gaza.