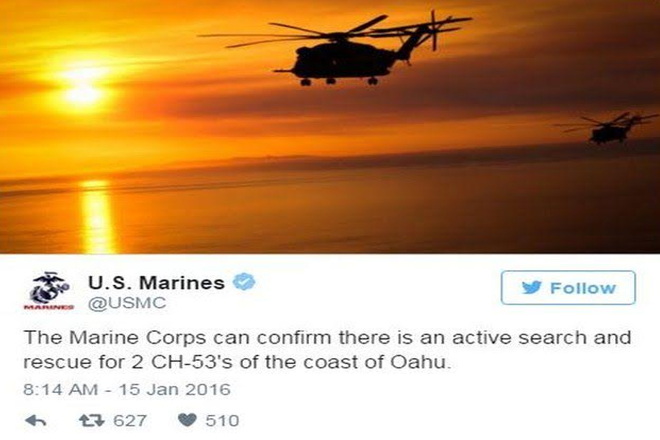 (BBC) Two US Marine helicopters have collided near the Hawaiian island of Oahu, each with six people on board.

The crash occurred during a night-time training mission late on Thursday but it is unclear why.

Marine Capt Timothy Irish told the Associated Press news agency that a search and rescue was under way for the two CH-53 transport helicopters.

The aircraft were from the 1st Marine Aircraft Wing from Marine Corps Base Hawaii, he said.

Ms Mooers told Los Angeles radio station KNX-AM the search would be tough because of darkness and a high surf advisory.

Less than a year ago, a Marine Corps MV-22 Osprey crashed during a training exercise, killing two Marines.