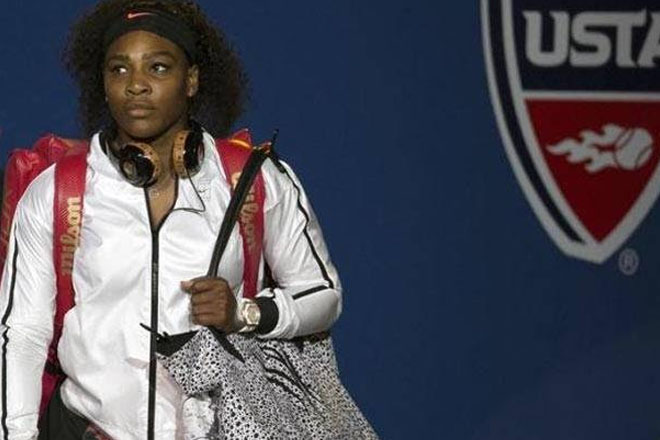 New York — The U.S. Open women’s semi-finals scheduled for Thursday evening have been postponed due to the threat of rain.

Both the men’s and women’s semis will now be played on Friday, tournament officials announced.

Play was scheduled to begin at 7pm ET (2300 GMT) on Thursday with world number one Serena Williams taking on Italian Roberta Vinci.

That match would have been followed by second seed Simona Halep against Flavia Pennetta of Italy.

An action-packed Friday marathon of action will now start at 11am ET with the Halep-Pennetta match, followed by Williams versus Vinci.

This will be the last year the U.S. Open will have to deal with delays and postponements on the main venue Arthur Ashe Stadium court, because a retractable roof will be fully operational next year.

Fans entering the massive 23,000 seat stadium the past two weeks have had a glimpse of the skeleton structure taking shape over the show court.

The retractable roof is just part of the $500 million renovations taking place at the Billie Jean King National Tennis Center.

A new 8,000 seat grandstand court is also in the works and Louis Armstrong court will be torn down after this year’s grand slam and rebuilt.

Flushing Meadows has largely escaped bad weather this year but from 2008 to 2012 the U.S. Tennis Association was forced to push the men’s final to Monday because of rain delays.

Not wanting to juggle schedules, tournament officials opted for Monday men’s final in 2013 and 2014 before switching back to a Sunday date this year.