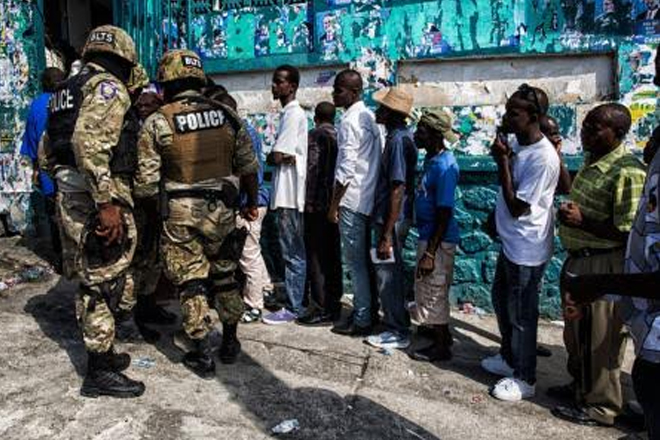 United Nations Secretary-General Ban Ki-moon has expressed concern over growing political uncertainty in Haiti and urged the two candidates in the presidential run-off there to help the electoral process move forward while preserving the country’s democratic gains.

“The Secretary-General is concerned over the growing political uncertainty in Haiti, following the publication of the results of the 25 October elections,” which included the first round of presidential polls, read a statement issued through his spokesperson.

While taking note of the efforts by all stakeholders, including the establishment of an Electoral Evaluation Commission on 16 December to address the concerns of opposition parties and ensure the successful and timely conclusion of the presidential elections, Ban, in his statement, stressed “the responsibility of all political actors to discourage violence and encourage a spirit of unity throughout the country.”