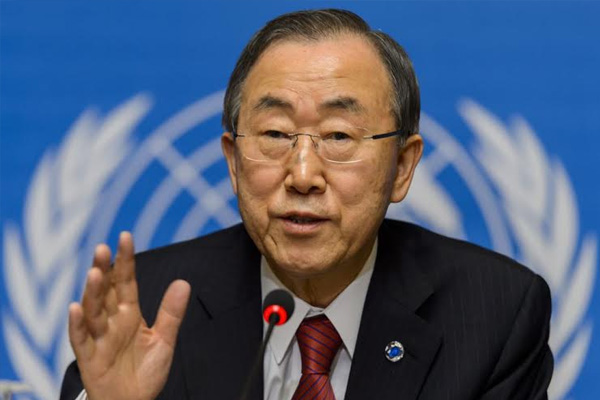 Secretary General of the United Nations, His Excellency Ban Ki-moon, has praised Dr. Harris for his vision in creating a government of national unity that will chart the way forward for the twin-island Federation.

In a recent communiqué the UN Secretary General wrote, “I commend your call for unity and wish you great success in your efforts towards the achievement of democratic governance, stability and prosperity for all the people of Saint Kitts and Nevis.”

He congratulated the people of St. Kitts and Nevis for the “very high participation” in the 2015 general elections noting that it was done in a “peaceful atmosphere.”

The Secretary General further expressed the commitment of the United Nations to provide assistance in any way.

Similar assurances towards the deepening of relations with St. Kitts and Nevis were also given by the Government of Argentina.

In a diplomatic letter the Minister of Foreign Affairs, His Excellency Héctor Timerman, noted that “St. Kitts and Nevis will always find the Republic of Argentina at [its] disposal to strengthen and expand the links between Latin America and the Caribbean in different topics of regional integration.”

Mr. Timerman also congratulated the Honourable Mark Brantley on his appointment to the Federal Cabinet as Minister of Foreign Affairs and Aviation.