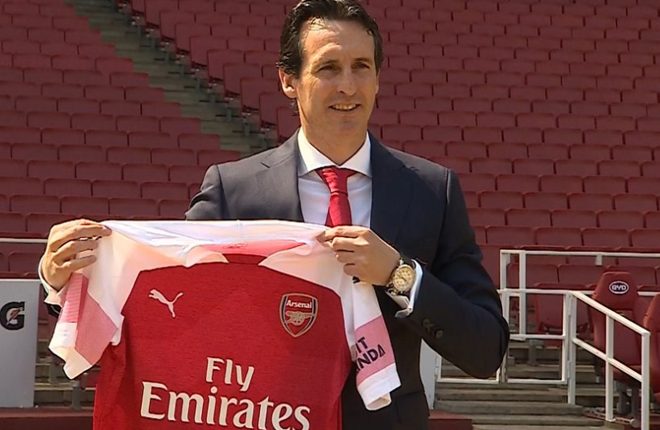 Unai Emery: ‘I want Arsenal to be back among Europe’s elite’

Unai Emery said he wants Arsenal to be among Europe’s elite once more when he appeared at his first news conference since being appointed as Arsene Wenger’s successor.

The 46-year-old was officially appointed on Wednesday before he, along with chief executive Ivan Gazidis, addressed a packed media room.