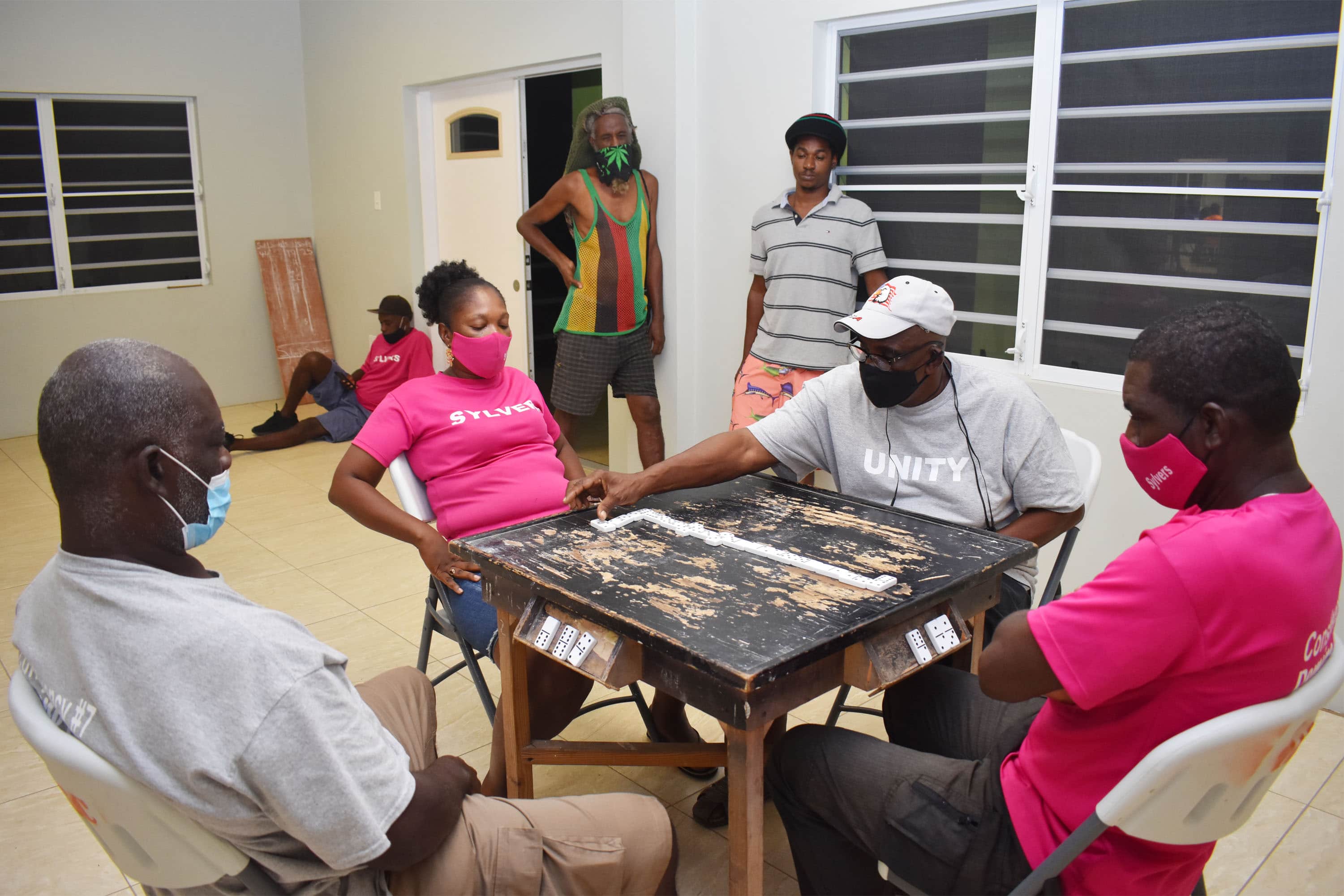 The first game saw Sylvers, captained by Octavia Huggins-Sewell, start on a high note scoring the first game, and were leading 3-1, 4-2, and 8-5 when the Unity pair of Bernard Wilson and Everton Boon on Table Two pulled one back to reduce the deficit to 8-6.

Playing on Table One for Unity, Simeon ‘Cuban’ Liburd and Antonio ‘Mash’ Phillip made it to 100 points before Sylvers could earn a single point to give them a bonus game. Table one did the same, and with two quick bonus games coming through on Table One, it gave Unity the undisputed overall 14-8 win.

The second game between defending champion team Tabernacle Domino Club and Mansion Domino Club was a very tight one, where Mansion won the first game before Tabernacle won the next four straight games.

However, the game ended up being a see-saw one with Mansion having the slight edge as they were leading 12-10 when the pair of Ryan St. Marie and Lorna Francis for Tabernacle raced to 100 points before the Mansion players could get a point and with the ensuing bonus game, scores leveled at 12-12.

It was, however, not Tabernacle’s lucky evening as their opponents came back to win the decisive final game, a feat which gave Mansion Domino Club the 13-12 win.

Second in the best-of-three games will be played on Tuesday, November 23 at the same venue, and if Unity and Mansion win, they will proceed on to the finals of the 26th edition of Constituency Number Seven Dr the Hon Timothy Harris Domino League. But should either Tabernacle and/or Sylvers win, it will call for the tie-breaker third game that will be played on Thursday, November 25 for the finalists to be known.

All games will be held at the new Lodge-Ottley’s Community Centre starting from 7:00 p.m.