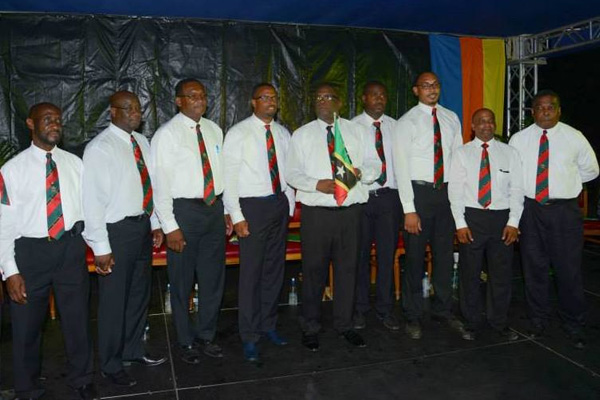 Basseterre, St. Kitts (Team UNITY Communications):- The Nevis Island Administration will be given its due respect and cooperation by a Federal Government led by Dr the Hon Timothy Harris. Dr Harris told thousands of persons gathered at Greenlands Park for the historic launch of Team Unity on 26th September that a Unity led government will provide a better arrangement for Nevis.

Dr Harris said, “That fairness and equity will govern the relationship between the Federal Government and the Nevis Island Administration. Nevis will be given an equitable share of foreign assistance. Nevis will be equitably represented in our Embassies and with respect to the SIDF. Nevis deserves its due share. It is not a favour to have access to the SIDF resources.”

Nevisians generally feel that the Douglas regime has been disrespectful of the Nevis island Administration, and that they are unfairly treated in disbursement of SIDF resources. Dr Douglas has pursued an antagonistic relationship with the Nevis Island administration led by Premier Vance Amory. Premier Amory leads the Concerned Citizens Movement (CCM) one of the partners of the Unity Movement. The other partners in the Unity Movement are the People’s Labour Party and the Peoples Action Movement.

Dr Harris also outlined plans for constitutional reform geared toward making the constitution more in sync with the expectations of our people of St. Kitts and Nevis.

Thursday’s launch of Team Unity is a historic development. It marked the first time that political parties are coming together before an election and pledging to work together for the betterment of the people of the country. A large contingent of Nevisians accompanied the Deputy Premier of Nevis the Hon Mark Brantley and Hon Alexis Nisbett to the historic launch. Chairman of CCM Stedman Tross gave remarks on behalf of Premier Vance Amory. Premier Amory was unavoidably absent due to an official engagement in London.

Team UNITY and the UNITY Movement next stop will be a massive Public Rally on George Street, Newtown on Wednesday October 9th at 8:00 pm.