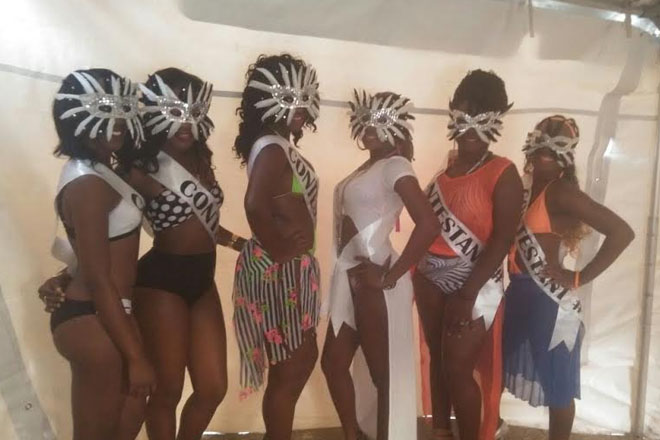 The contestants appeared in swimwear and masks which added to the suspense and intrigue . After a brief routine the girls were introduced and masks revealed the 8 beauties. The Team UNITY Independence Pageant is scheduled for Saturday September 26th at Carnival Village. The event will form part of a week of activities to celebrate the anniversary of Team UNITY. Other activities for the anniversary celebration will include a Team UNITY Convention and Public Rally.

Also appearing at the SEASIDE FEST were Infamus, Delly Ranks, Sister Sensia. Mod Stoney and the Small Axe Band all of who gave spectacular performances. The event ended around 8pm when Mod Stoney brough the curtains down with his massive hit “How Ya Mean ?”