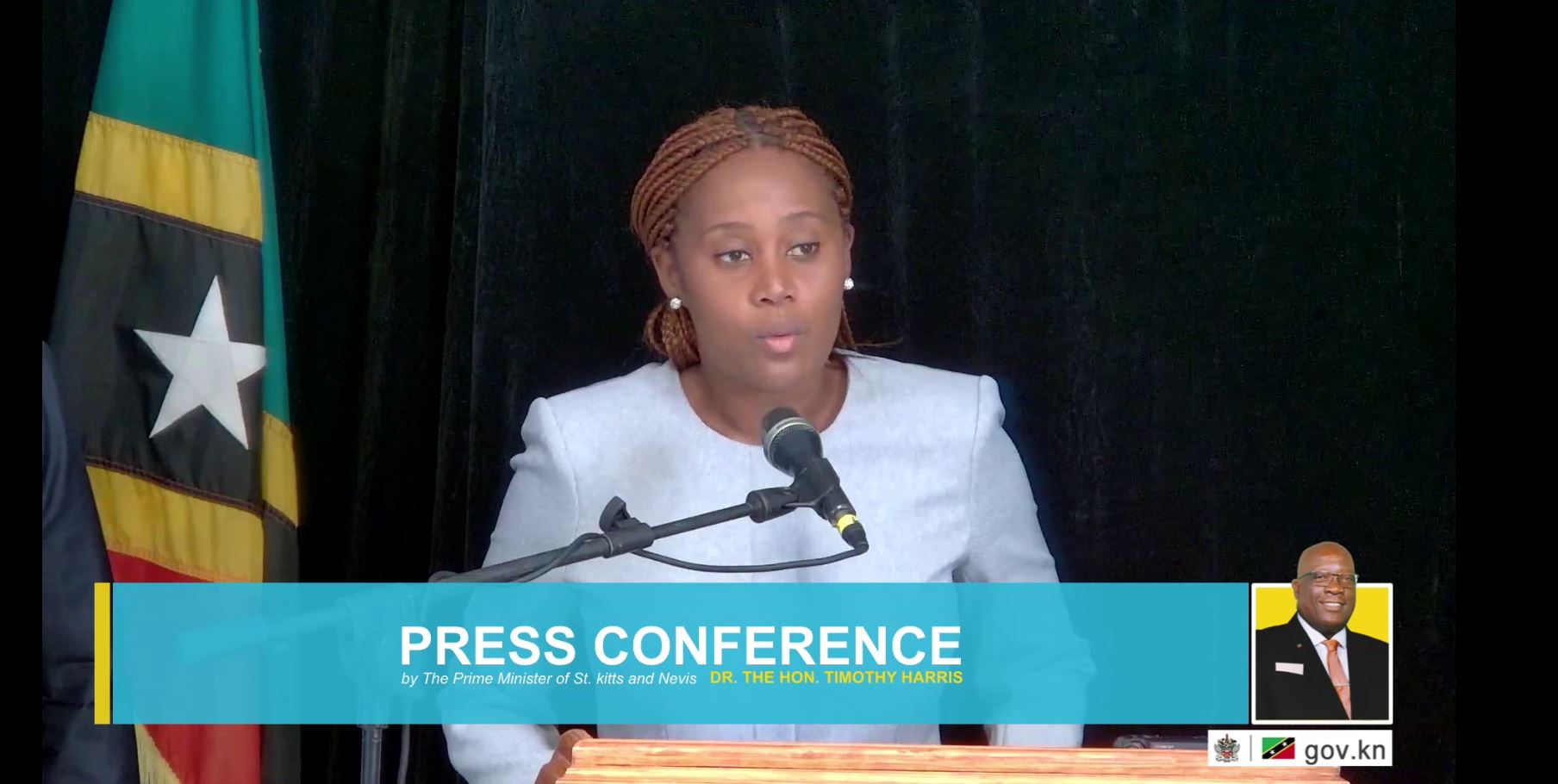 Basseterre, St. Kitts, August 16, 2020 (ZIZ News):Initial steps have already been taken towards the buildout of the work of the Ministry of the Hon. Akilah Byron Nisbett, specifically focusing on Entertainment, Entrepreneurship, and Talent Development.

Giving an update on her new ministry during the Prime Minister’s most recent press conference, Minister Byron Nisbett said they have laid down the groundwork for the ministry’s mission and they will now be holding discussions with individuals and groups who will be impacted by its work.

“We have already begun setting out the framework, placing our mandate and aims, and then shortly you would be hearing of the town halls we will be having. Because one of the aims of the ministry as well, since it’s a brand new ministry, is to be able to have all the persons that are involved and affected and touched to be able to have a say in terms of how they think the ministry should work, how it would benefit them, how it would help,” she said.

Aside from creatives, Minister Byron-Nisbett encouraged innovators to work with the Ministry as advancing the use of technology is key to development.

“We are moving towards a digitized economy and we need persons to start thinking more about innovation and how we can develop IT solutions, and so they too will form part of the buildout of this Ministry as well,” she said.