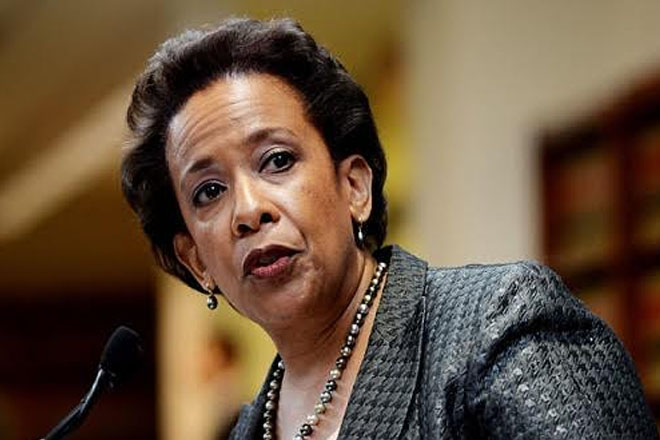 Zurich (AP) — FIFA and embattled President Sepp Blatter faced more pressure on Monday as US Attorney General Loretta Lynch predicted a new round of indictments in a widening investigation of corruption in international soccer.

“We do anticipate pursuing additional charges against individuals and entities,” Lynch said in FIFA’s home city, in her first news conference about the case since the stunning May 27th arrests of seven people at a luxury hotel in Zurich.

Lynch spoke alongside her Swiss counterpart, Michael Lauber, whose separate investigation of money laundering appears equally threatening to FIFA and its soon-departing president.

“Investment in real estate can be used for the purpose of money laundering,” said Lauber, whose case seems to be widening beyond its original focus of FIFA’s criminal complaint about the 2018-2022 World Cup bidding contests.

A total of 121 different bank accounts have been reported as suspicious by a Swiss financial intelligence unit to Lauber’s team of prosecutors, he said.

The two federal prosecutors shared a stage almost four months after the scale of their investigations was made public.

Two days before the FIFA presidential election on May 29th, Lynch’s Department of Justice indicted 14 soccer and marketing officials and unsealed six guilty pleas in a $150 million bribery and racketeering conspiracy.

Lynch did not comment Monday on whether Blatter is targeted in her case, or if he faced arrest by traveling to a country which has an extradition treaty with the United States.

The Swiss case could spread beyond the World Cup bids won by Russia and Qatar, respectively, as prosecutors sift through massive amounts of data and documents seized from FIFA in May and June.

Much of FIFA’s contracts and finances during Blatter’s 17-year presidency now seem open to investigation.

“We have a lot of facts at the moment out of house searches and out of the documents we received,” said Lauber, when asked if he was studying an allegation that Blatter knowingly undersold World Cup television rights for the Caribbean in exchange for political support.