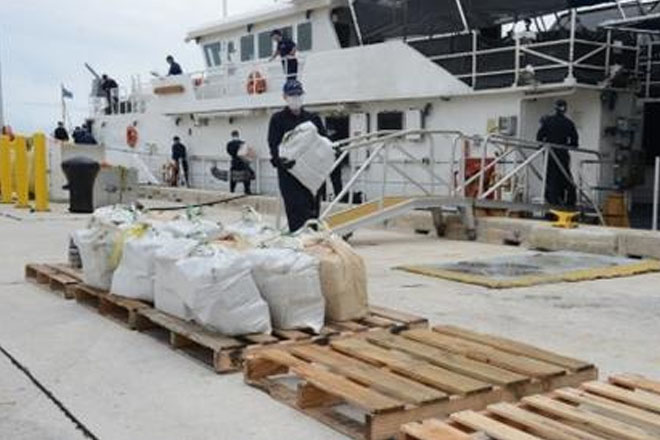 Coast Guardsmen on the US Coast Guard Cutter Bernard C. Webber offloaded approximately 515 kilograms of cocaine, interdicted in the Caribbean Sea as part of Operation Caribbean Venture at Coast Guard Base Miami Beach, Florida, on Friday.

The cocaine is worth an estimated wholesale value of $17 million.

The HNLMS Friesland, an offshore patrol vessel from the Royal Netherlands Navy, responded to the report and interdicted the vessel with four suspected smugglers and suspicious packages on deck.

A US Coast Guard Law Enforcement Detachment Team, deployed aboard the Friesland, subsequently boarded the go-fast vessel and recovered 22 packages that tested positive for cocaine.