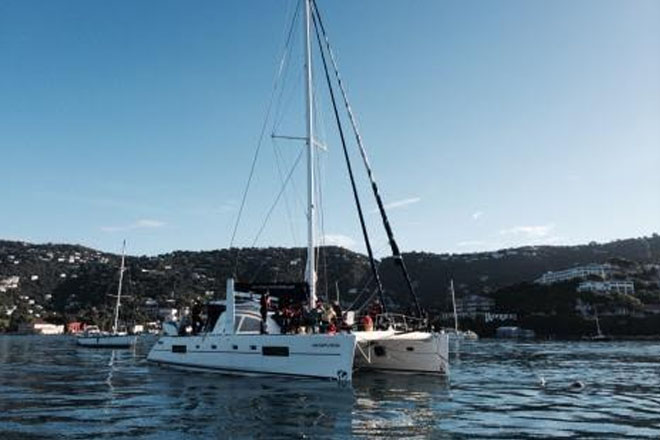 Miami, USA — The crew of the US Coast Guard Cutter Valiant repatriated 54 Haitian migrants to Cap Haitian, Haiti, on Tuesday.

While on patrol, a Caribbean Air and Marine Branch aircraft reported a suspicious sailing vessel south of St John, US Virgin Islands, on Wednesday. A boatcrew from Coast Guard Station San Juan, Puerto Rico, arrived on scene and provided life jackets to the suspected migrants aboard the grossly overloaded vessel.

“This smuggling attempt unnecessarily put lives at great risk, including the lives of young children,” said Cmdr. Timothy Cronin, Coast Guard 7th District deputy chief of enforcement.”There have been no changes to US immigration laws and the Coast Guard, along with its interagency partners, will seek to prosecute smugglers to the fullest extent of the law and promptly return illegal migrants to their respective county of origin.”

Once aboard a Coast Guard cutter all migrants receive food, water, shelter and basic medical attention.

Since October 1, the Coast Guard 7th District estimates that 2,231 Haitians, 2,700 Cubans and 468 Dominicans have attempted to illegally migrate via the sea. These numbers represent the total amount of at-sea interdictions, landings and disruptions in the Florida Straits, the Caribbean and Atlantic.