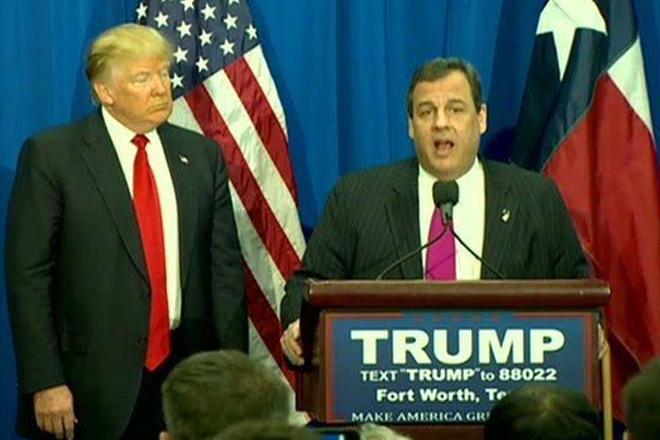 Mr Christie dropped out of the 2016 presidential race after a lackluster showing in polls and state races.

“I’m happy to be on the Trump team and I look forward to working with him,” Mr Christie said.