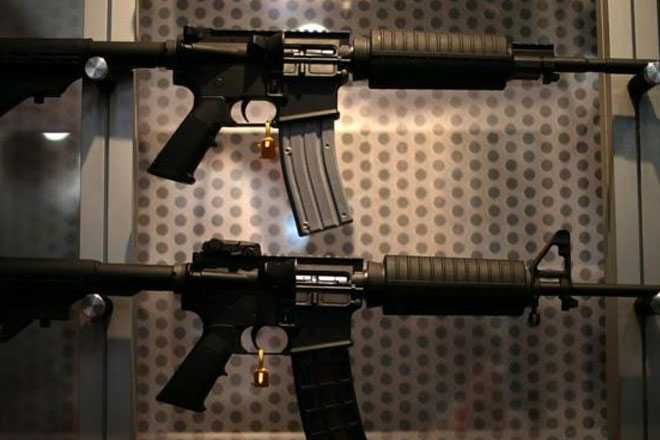 US Supreme Court will not hear ‘assault weapons ban’ case

(BBC) The US Supreme Court has refused to take up a case brought by gun owners challenging an Illinois city’s ban on so-called assault weapons.

The decision leaves in place a lower court ruling that allows local governments some leeway in regulating the high-powered weapons.

Two conservative justices said that they would have heard the case, and had they done so, struck down the ban.

The decision comes days after mass shootings in California and Colorado.

The city of Highland Park, a suburb of Chicago, passed a law that bans semi-automatic weapons and large-capacity magazines in 2013.

A federal appeals court upheld that law in a ruling that was challenged by an Illinois gun owners association.

The high court has considered taking on the case for two months, and a delay in deciding whether to take it on seems to be because Justice Clarence Thomas was finishing his opinion.

In the opinion, Mr Thomas did not mention any mass shootings that involved semi-automatic weapons, and said the Chicago-area ban “is highly suspect because it broadly prohibits common semi-automatic firearms used for lawful purposes” by about five million US citizens.

Similar laws in Connecticut and New York were upheld by a New York federal appeals court in October.

In all, seven states plus Washington DC have passed laws that ban the weapons.

Since two landmark rulings that ensured the right to own a handgun to defend one’s home, the Supreme Court has regularly turned away challenges to gun laws.