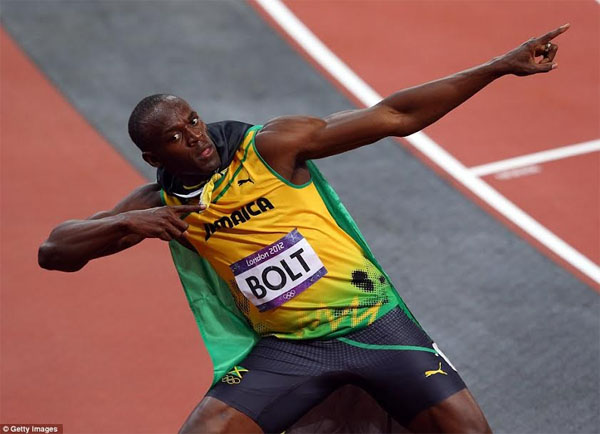 Organisers for Thursday’s Diamond League meeting in Zurich have announced that Bolt has withdrawn from the event’s 100-metre race and will not compete again this season.

The decision comes a day after the Olympic champion and world record-holder won a 100m race in Warsaw, Poland, clocking 9.98 seconds, the first time this year he ran a 100 race in under 10 seconds.

“…it is now time to shut it down while he is healthy and injury free with a view on his preparations for the 2015 season” a statement quoted Bolt’s coach Glen Mills as saying.

His absence will be a major blow to European meet organizers.

“Usain’s body has delivered tremendous performances over the last years. But, it is a body and not a machine,” said Zurich meet director Patrick Magyar.

“If an athlete of that level and his coach feel more rest is needed, we are certainly not going to question this and fully support this decision.”

Bolt’s preparations for the season were disrupted by a foot injury.

His only other appearances in 2014 were in the 4×100 relay for Jamaica at the Commonwealth Games in Glasgow and a 100 exhibition race in Rio de Janeiro.