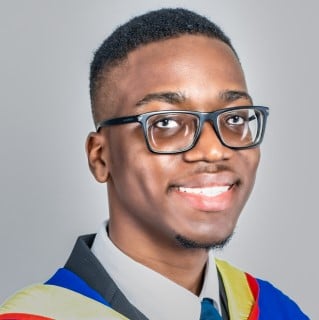 Basseterre, St. Kitts, January 19, 2021 (SKNIS): The University of the West Indies has recognized the accomplishments of Xavier-Jon Bass of St. Kitts and Nevis who graduated with the highest GPA of the UWI Mona Campus Faculty of Science and Technology.

According to a post by the University, Xavier-Jon entered the Faculty of Science and Technology in 2017 as a UWI Open Scholar and St. Kitts-Nevis State Scholar (2017) pursuing a BSc Actuarial Science.

During that time he served as President of Irvine’s Honour Society and Academic Support. He also served as a tutor for Irvine Hall and later for the Department of Mathematics, The UWI, Mona.

Among several other Departmental, Faculty and University awards, Xavier was consistently awarded as the student with the highest GPA in the Faculty of Science and Technology each year.

Currently, Xavier is pursuing a Master’s Degree in Risk Management and Financial Engineering at Imperial College London where he also serves as Quantitative Analyst for their Student Investment Fund.