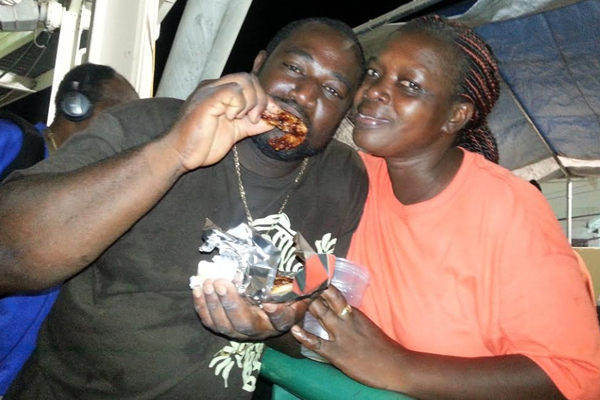 Basseterre, St. Kitts, August 18, 2014 (SKNIS): The Barbados Tridents won the 2014 Caribbean Premier League (CPL) T20 tournament on Saturday (August 16) but they weren’t the only ones in the Warner Park Cricket Stadium that scored big.

Vendors have reported that although there were several restrictions imposed due to sponsorship and other rules of the CPL, they were able to have a profitable experience during the ten matches held from August 7 to 16.

Idela Pemberton of Jerdel’s sold a variety of food and beverage options including bull foot, goat water, jerk chicken, cookup and fish. She said she was extremely happy with the investment to sell at the games.

“It’s been a great thing for us,” she stated, noting that the revenue far exceeded expenses. “With a sugar cake on the top of it. I wish CPL can come every six months.” The nine year caterer disclosed that more locals should have taken advantage of the opportunity admitting that she also underestimated the potential. “I wish I [invested] 50 percent more.”

Popcorn vendor Lucina Chapman said sales were very encouraging. “The crowd turned out good and supported a lot,” she said, touting her philosophy. “[Once] you setup yourself early you will make it good.”

The popcorn stall was part of the Tiffany’s Bar and Grill operation. Owner Cecil Rock indicated that he was generally pleased as did Conse Edwards of Lord Black Booth. Both however said they wished the regulation to sell directly in the stands was relaxed.

The vendors are not resting on their laurels however with each indicating they will be back next Monday (August 25) and again on August 27 for the two games scheduled for Warner Park between the West Indies and Bangladesh Senior Teams.