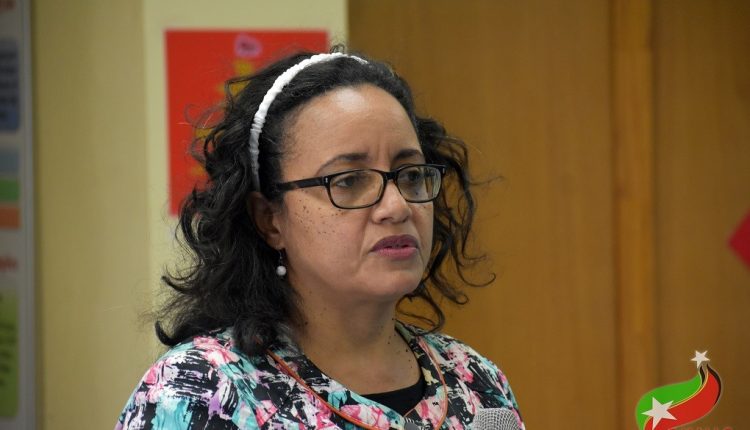 Basseterre, St. Kitts, December 11, 2020 (SKNIS): The virtual launch of the 2020 Taiwan Expo in St. Kitts and Nevis on December 11, 2020, is testament to the versatility and adaptability of the Taiwanese people, said Honourable Wendy Phipps, Minister of International Trade, Industry, Commerce, Consumer Affairs, and Labour.

“Their longstanding investment in information and Communication Technologies for which they are now world leaders, and this expo is a further demonstration of that,” said Minister Phipps at the launch of the Expo. “The Taiwanese example of development is one for us to model our development of small island states such as ours.”

“When we would have investigated the growth of Taiwan in terms of investments in agriculture, ICTs, and other areas of endeavour including healthcare advancements, which are now second to none globally, we recognize that a lot of it would have started with very humble beginnings.”

Minister Phipps commended the Government of the Republic of China (Taiwan) for making the Expo virtual to allow more citizens and residents to participate virtually to be exposed to manufacturing products, services, tools, and innovations, that could assist the Federation in the way forward.

The minister made reference to an earlier expo held in the late 90’s at the Royal St. Kitts Hotel where persons had the benefit of experiencing and appreciating what Taiwan had to offer in terms of manufactured goods that would underpin general manufacturing processes, agricultural development, development of the arts, and crafts industry.

She added that it was also an opportunity for persons to see what was possible for micro-producers in terms of packaging assistance, labelling, and the use of surplus food crops among other things.

“That particular Expo from way back then was the one that had the greatest impression on me as a private sector person,” said Minister Phipps.

Minister Phipps said that there are certain benefits outside of the diplomatic relations that the Federation has had and enjoyed, which it has also taken for granted. She mentioned a simple but important ceremony that was held to sign a Functional Cooperation Agreement/Memorandum of Understanding (MOU) between the importers and exporters of the Association of Taiwan concentrated in Taipei and the private sector in St. Kitts and Nevis.

“That agreement has existed as I indicated way back since 1999 and we have not really taken full advantage of it,” she said. “So, I’m hoping through the impetus provided by this virtual Expo, for 2021, that we will see where possible where we can revisit that MOU and see how it can be improved upon because the world has become a vastly different place since that time.”

“Nevertheless, the ties of diplomacy are ever strong and we would wish to use that as the platform by which to take advantage of the Expo for the benefit of our people, our investors, our small entrepreneurs, and our budding manufacturers with linkages into agriculture, and our agricultural producers, farmers, etc, in general,” said Minister Phipps.