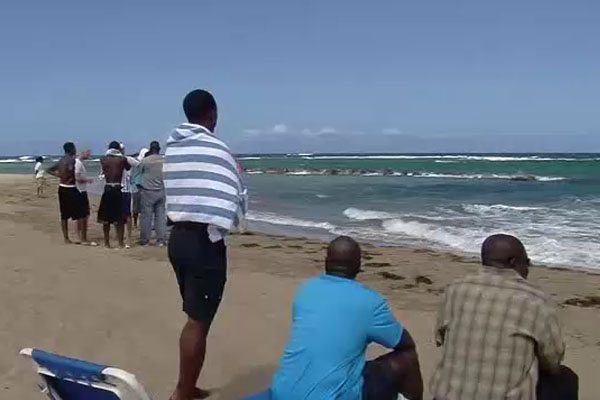 Information gathered by ZIZ News indicates that the 25-year old athlete, whose name had not yet been released, encountered difficulties while swimming with a group of friends sometime after 12pm.

Assistant Commissioner of Police, Ian Queeley confirmed that the victim was out swimming with friends.

It was also reported that attempts were made, by the other swimmers, to save him but he was subsequently swept away by strong Atlantic currents.

When ZIZ News arrived on scene, several divers, the St. Kitts-Nevis Coast Guard, and a helicopter were seen conducting searches in the nearby waters.

The victim’s body was discovered at around 3:30pm on Friday by divers from Kenneth’s Diving Center.

The deceased was a member of Athletics Canada Track Club that visits St. Kitts and Nevis regularly for warm weather training at the Silver Jubilee Stadium.