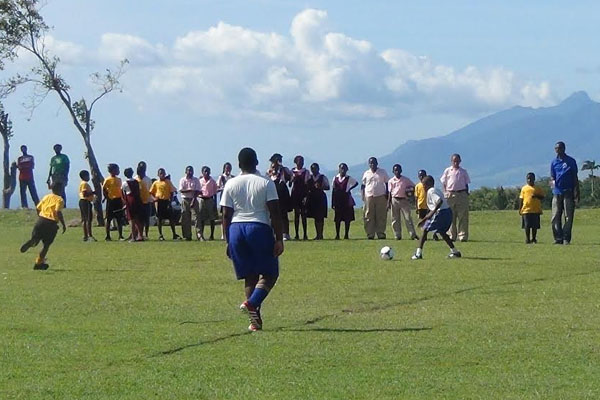 The action continued in the Giant Malt Primary school Football league on Friday 17th October with an exciting matchup between the VOJN Primary School and the Elizabeth Pemberton Primary School. The match was played at the Flats in Cole Hill, the home ground for the EPPS team.

Both teams missed chances and both goalkeepers played really well, with the VOJN goalie making a couple of exceptional saves.

However, the EPPS goalie, as time ran out in the first half, made the fundamental error of holding the ball in the box, after it came directly off the boot of one of his team mates. Referee Malcolm Ramsey awarded a penalty and the big back PETER, bombed it into the back of the net, having missed a similar opportunity earlier.

The second half was equally as intense but both teams managed to keep each other at bay.