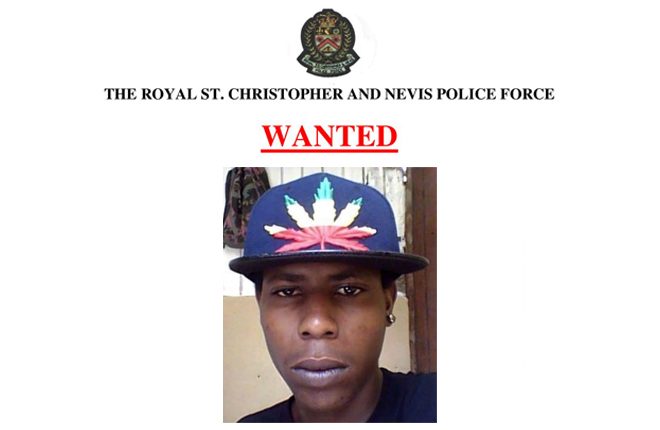 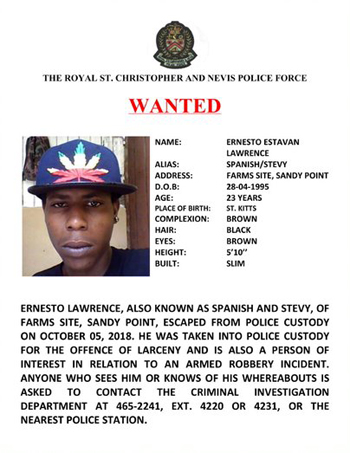 The Royal St. Christopher and Nevis Police Force is seeking the public’s assistance in find a wanted man.

According to a wanted poster issued on Monday, 23 year old Ernesto Lawrence, also known as Spanish and Stevy, of Farms Site, Sandy Point, escaped from police custody on October 05, 2018.

He was taken into police custody for the offence of larceny and is also a person of interest in relation to an armed robbery incident.

Anyone who sees Ernesto Lawrence, also known as Spanish and Stevy or knows of his whereabouts is asked to contact the Criminal Investigation Department at 465-2241, ext. 4220 or 4231, or the nearest police station.