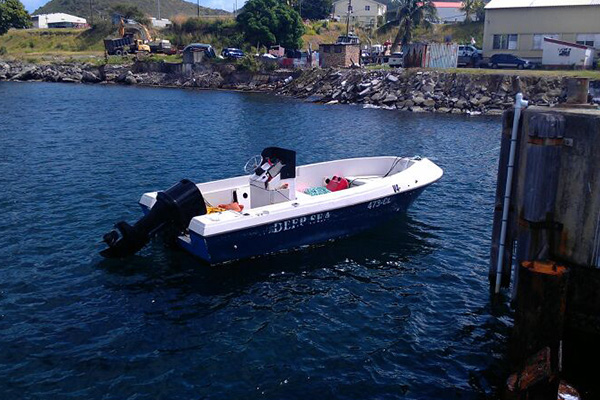 (ZIZ)– Quick action by the St Kitts-Nevis Defense Force Coast Guard led to the capture of two wanted men as they attempted to make their way to the Neighboring island of St. Martin by boat.

According to a statement, Jahzya Wilkinson and Randy Taylor were on a speedboat headed for St. Martin early Sunday morning when they were intercepted by the Coast Guard off the coast of Challengers Village.

Both men were wanted for an armed robbery incident which took place in Lower Monkey Hill on Friday.

The vessel, which carries the name “Deep Sea” and captained by Roosevelt “Micey” Gordon of West Farm, was escorted to the Coast Guard base where the three men were turned over to the police.

Public Affairs Officer for the Defense Force, Captain Kayode Sutton said the success of the operation was due to the collaboration of various security forces.

He said, “We will continue relentlessly to ensure that the territorial waters of St. Kitts and Nevis are kept safe. So all those other criminals out there who might want to take a chance to see if they can bring in things or smuggle things in or smuggle things out or smuggle people out as the case was in this last incident…we are out there and we have our watchful eyes out there.”

The vessel “Deep Sea” is being detained at the Coast Guard base pending further investigation.