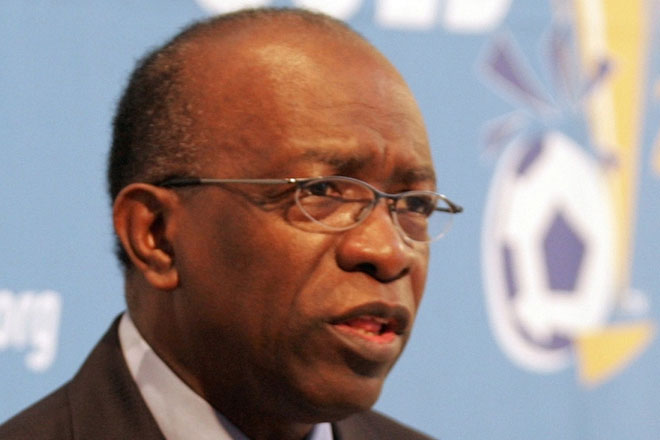 Port of Spain, Trinidad (CMC) — Former FIFA vice-president Jack Warner on Tuesday questioned the timing of his life time ban from football saying it was nothing more than a “distraction”.

Warner said that it is “no coincidence” that his life ban came as FIFA President Sepp Blatter was being probed by Swiss authorities for criminal mismanagement and misappropriation of funds.

“I left the FIFA in April 2011 and if in September 2015 (some four years and five months after) the FIFA wants to ban me for life without even a hearing then so be it,” Warner said here.

“I do not believe however that this will serve as the distraction to the FIFA’s present problems as the FIFA wishes it to be.

“Given what is happening in Zurich with Sepp Blatter I guess that there is no such thing as a coincidence.”

Warner was slapped with the life ban by football’s world governing body, FIFA, on Tuesday, over four years after he quit the organisation at the height of the cash-for-votes corruption scandal.

FIFA said it had reached the decision after its Ethics Committee had in January launched an investigation into Warner’s involvement in the bidding process for the 2018 and 2022 World Cups.

The embattled sports body said Warner had been guilty of breaching several of the articles of the body’s Code of Ethics relating to conflict of interest and “accepting and offering gifts and other benefits”.

As such, Warner will be prohibited from any kind of “football-related activity at national and international level for life”.

“Mr Warner was found to have committed many and various acts of misconduct continuously and repeatedly during his time as an official in different high-ranking and influential positions at FIFA and CONCACAF,” FIFA said.

Warner is currently fighting extradition to the United States where he was one of 14 current and former football executives indicted in May on “racketeering, wire fraud and money laundering conspiracies”.

The US Department of Justice said the 72-year-old former government minister, while serving as CONCACAF president, had along with other football executives engaged in an elaborate 24-year-old scheme “to enrich themselves through the corruption of international soccer”.

Warner served as CONCACAF president for two decades and as a powerful FIFA vice-president for close to three decades.