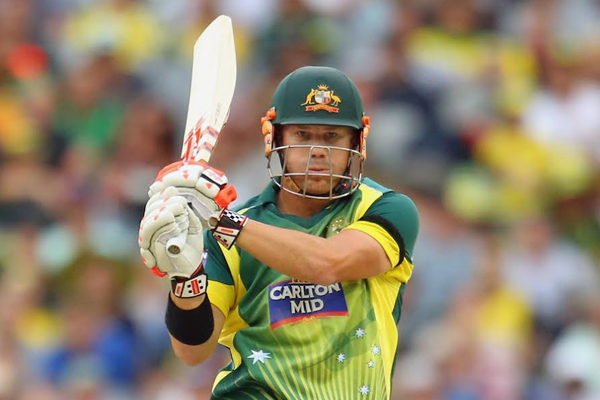 Sports Page — David Warner will sit out of Friday’s one-day international against England in Hobart, with Shaun Marsh and Cameron White both called into the squad. The two batsmen will replace the resting Warner and George Bailey, who has been suspended for Australia’s poor over rate during Sunday’s game against India.

Cricket Australia has also confirmed that Steven Smith will captain the team against England, as expected after his impressive leadership in the recent Tests against India. Josh Hazlewood will also rest due to minor soreness in his left heel, while Mitchell Johnson will not make the trip for personal reasons, leaving Smith in charge of a squad of 12.

Warner has been at the centre of a sledging controversy from Australia’s win against India at the MCG on Sunday, and he was fined 50% of his match fee for his stoush with Rohit Sharma. However, Cricket Australia said in a press release for the Hobart game against England Warner was “resting following the hamstring soreness he reported at the start of the series”.